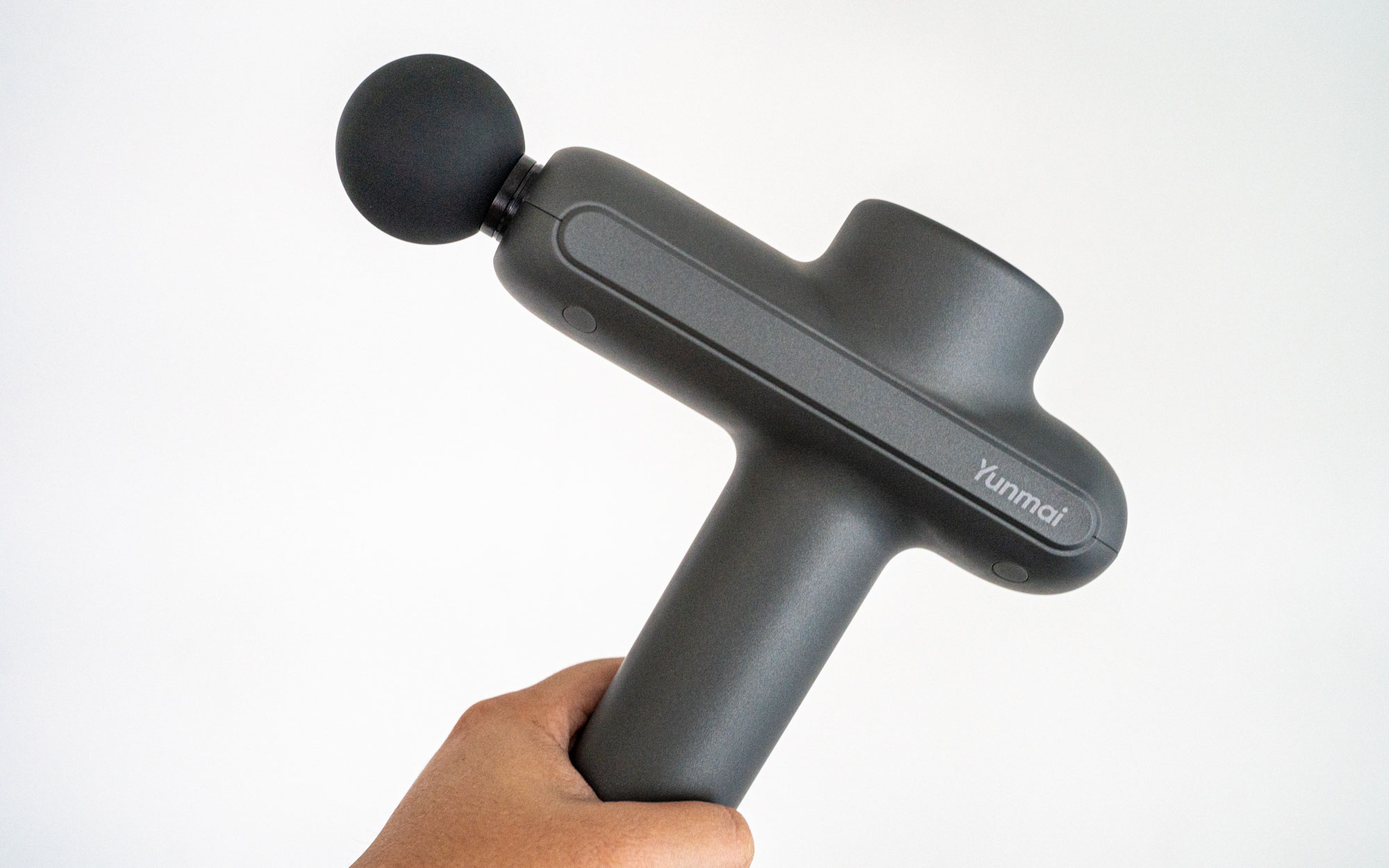 Sore muscles are something everyone dreads. Whether it’s your calves after a run, or just a neckache from sleeping in the wrong position, the Xiaomi Yunmai Massage Gun Pro Basic is almost certain to pound the aches away. I know, because I’ve been using it pretty much every other day to smash my muscle blues away.

The Yunmai Massage Gun comes with pretty much everything you need. It has four silicone heads: A standard ball-head pounder, a two-finger pronged head, a single prong head, and a flat-head. I’ve mostly used the ball-head and the flat-head, as they gave the most surface area contact. Meanwhile the single and two-finger heads do well to dig into your knotted muscles.

The massage gun has three speeds, with the lowest at a speedy 1,800 RPM, and the fastest at 3,200 RPM. It’s also not very loud at 45dB, so no worries here. Powered by a 60W brushless motor, the gun is fast enough that it comes with a warning not to put your fingers between the head and the gun. You’ll probably end up with a terribly smashed finger if so — don’t use this near inquisitive kids. After 10 minutes, the Yunmai Massage Gun will turn off by itself. That’s good because at 1kg, the massage gun isn’t that heavy, but can feel tiring to hold due to the vibrations after a while.

Other things I liked about the Yunmai Massage Gun is its long-lasting battery. It’s rated for up to 80 days of use (at about 10 minutes each time), and I have barely needed to charge its 2,600mAh battery since I got it. It comes with a bundled charger to use with. If there’s one thing you need to know about this gun — the vibrations are so strong that your hands will feel numb after using it, especially at the highest setting.

The Xiaomi Yunmai Massage Gun Pro Basic is perfect to pound those aches away, and gets the job done with minimal fuss. I did consider buying a cheaper massage gun, but was worried about quality. On the other hand, Xiaomi’s ecosystem products have been pretty much value for money so far. The Yunmai Massage Gun is available on Shopee and Lazada. I’ve seen it as low as S$155, but I bought mine at S$175 previously. If you want to further up your massage game, there’s always the Predator Gaming Chair with built-in massage options.

Pounding good times.
Grab it from Shopee
Buy it at Lazada