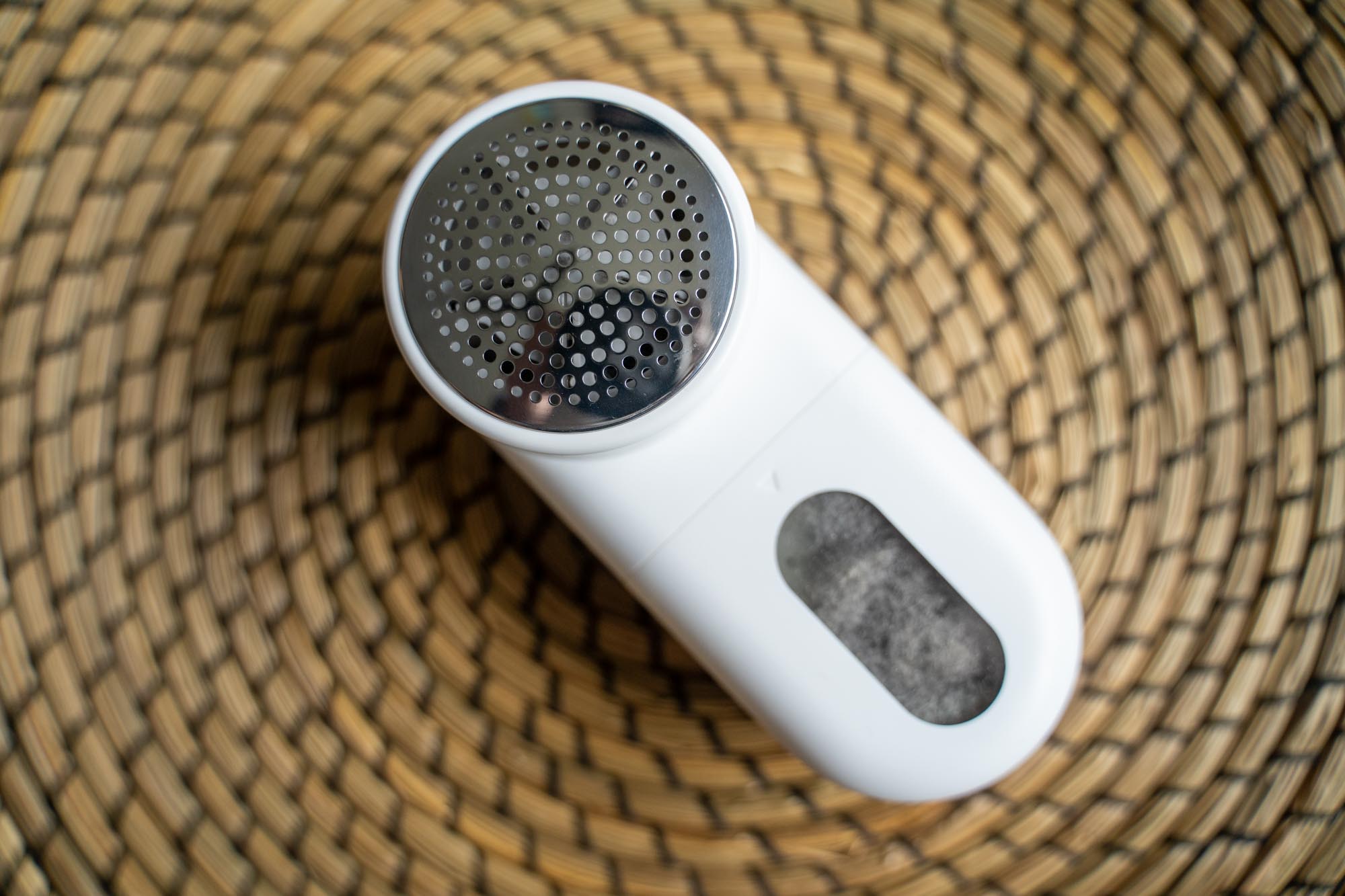 I hate lint. It’s soft, fluffy and gets everywhere. Thankfully, the Xiaomi Mijia Lint Remover hits the sweet spot in clearing up lint without the poor performance found in similar but cheaper devices. The Mijia brand is Xiaomi’s smart home brand and product ecosystem that features devices like the ear-gasmic Xiaomi BeBird M9 Pro.

Compared to the much cheaper and flimsy $2 Daiso Lint Remover, which runs on 2 AA batteries and a tiny motor, the Mijia Lint Remover packs a rechargeable 1,300mAH battery and five cutting blades. The battery is rated for 90 minutes of use, and I found I could go multiple sessions without needing a recharge. It also doesn’t heat up and stop working, compared with the Daiso model I was previously using.

The front steel mesh is 0.35 mm thick, and acts as a filter to keep your fabric from being swept into the spinning blades, while the blades do a great job of shearing lint. I was able to de-lint my sofa easily. The shaven lint gets dumped into a container below, which can store quite a bit. The power button is located at the back.

The Xiaomi Mijia Lint Remover comes with a brush, a micro-USB cable for charging. You’ll definitely need the brush, as you’ll find leftover lint on the blade attachments after you’re done. It’s not that big a deal though, but you should do some cleaning after each session.

The Xiaomi Mijia is available at most online stores, such as Shopee and Lazada. The former seems to be the cheapest, but you’re really only saving a few cents, so just pick your favorite e-commerce platform if you’re getting this. Shipping is free, too.