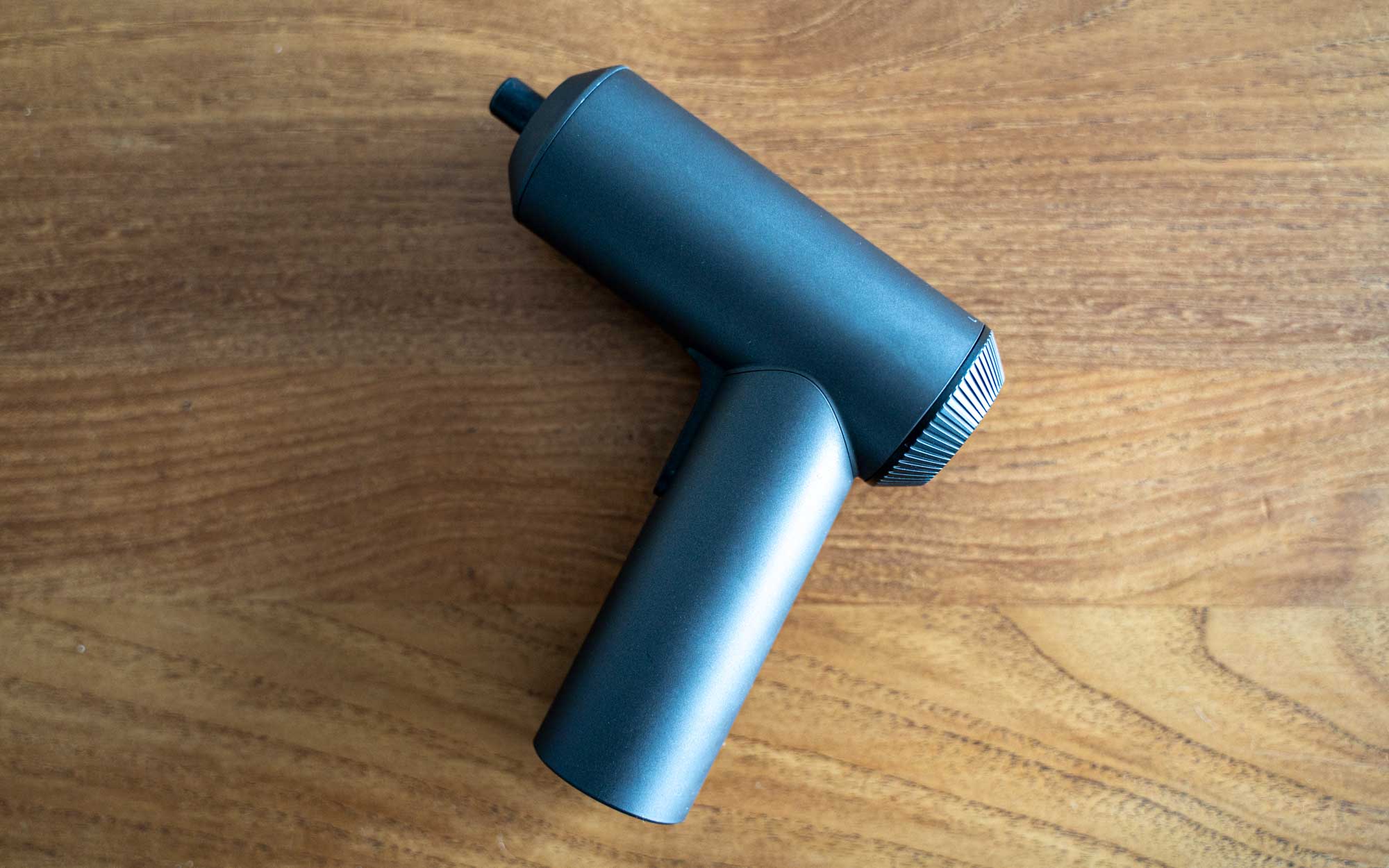 If you haven’t yet heard of the Xiaomi Mijia Cordless Electric Screwdriver in the past year, well, it’s not too late to pick one up for your home. This screwdriver set features 12 steel bits that work for most screw types, including six-sided Torx screws. It’s perfect for quick home handyman work.

The cordless screwdriver fits snugly in my hand. For reference, my palm is about 10 cm from the wrist to the base of my middle finger. Despite its metallic feel, its solid body is made from plastic. Shaped like a drill, the Mijia screwdriver also has a trigger to activate with your index finger. You change the direction of the rotation by twisting the dial at the top.

With a 5N.m torque, the Mijia screwdriver is able to easily screw right to the end, but if you want to tighten something, it’s best to use a manual screwdriver to finish things up. The small size of the screwdriver allows it to fit in most spaces and angles. Of course, if the space is too narrow, you’re out of luck. There are also three LED lights to illuminate the screwing area. It’s pretty useful when trying to do some handiwork in low-light.

The rechargeable battery of the electric screwdriver is rated to last for 180 screws on a full charge. I’ve been using my set for almost a year now, and have only needed to recharge once. That said, I don’t really screw a lot (pun not intended), but the Xiaomi Mijia Cordless Electric Screwdriver has been handy when I needed it. Its compact form also makes it easy to bring around. There’s also an extension bit if you need more reach.

If you don’t already have an electric screwdriver set at home, the affordable Xiaomi Mijia Cordless Electric Screwdriver is worth a pickup. I’ve seen it as low as S$46.56 on Shopee, while Lazada has it at S$41.90. The next time you find yourself assembling Ikea furniture or building a new PC, you’ll love having this electric screwdriver around.

Great for screwing.
Available at Lazada
Buy from Shopee