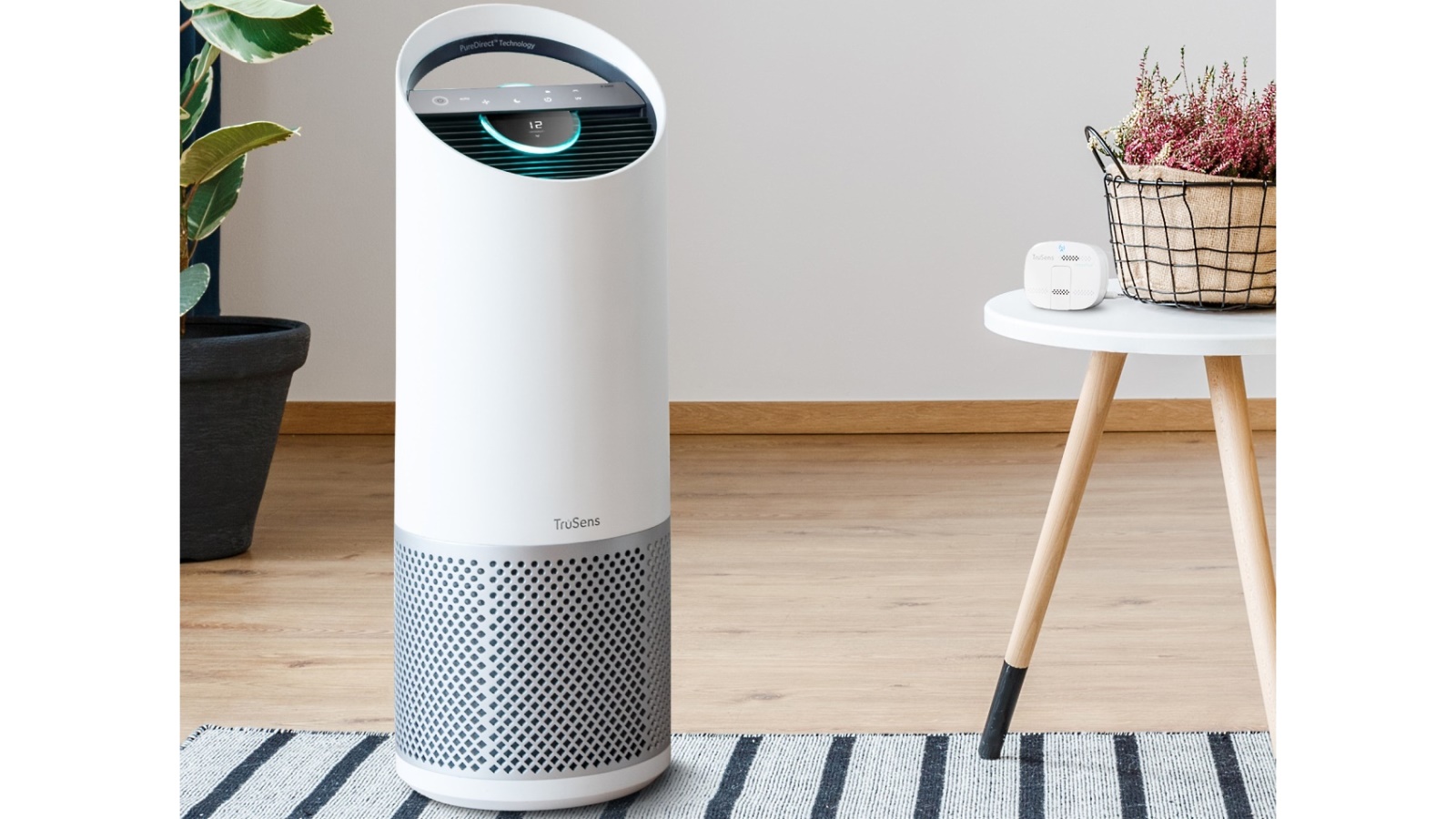 There is no haze, thankfully, given the other things happening now. But an air purifier like the TruSens Z-3000 is handy for when it returns. The largest of the three air purifiers launched last year by Acco Brands, which make office products like Artline and Kensington, the Z-3000 cover up to 70 sq m — good enough for most living rooms. In comparison, the smaller Z-2000 and Z-1000 models cover 35 sq m and 23 sq m respectively.

Unlike “smart” air purifiers that require a smartphone app, the Z-3000 is plug and play. The Z-3000 and the Z-2000 come with a wireless SensorPod, a palm-sized air quality measuring unit that you can place separately from the air purifier, such as in a bedroom. The SensorPod requires its own power outlet.

Clearly shown on the front panel of the Z-3000 is the measured air quality reading in your home. TruSens uses the air quality standard from the US’ Environment Protection Agency, not the PSI reading used in Singapore. What you should know is that if the air purifier LEDs are blue, the air is good. Red, of course, is poor. You can turn off the LEDs via the night mode setting at the front panel. The Z-3000 offers five fan speeds, but I typically set it to Auto, which adjusts the speed according to the air quality.

In my testing, the Z-3000 reacted quickly when I sprayed insecticide in its vicinity. The LED soon turned red and the fan started to run faster and noisier. Within minutes, the air quality level was back to normal. TruSens says the Z-3000 uses a Hepa drum filter from DuPont (around S$55) that captures pollutants as small as 0.3 microns in size. An ultraviolet (UV) bulb to kill germs (around S$27) and bacteria and a carbon filter (around S$35) to remove odours are also present. Red indicator lights remind you to change the filters.

I can move the Z-3000 easily from room to room, thanks to a convenient carry handle — it weighs just 6kg. It is a tad tall, but does not take up too much space in the living room. Given the ease of use and quiet performance, I recommend checking it out at Acco’s Lazada store (around $529, bundled with free filters and at 10% off).