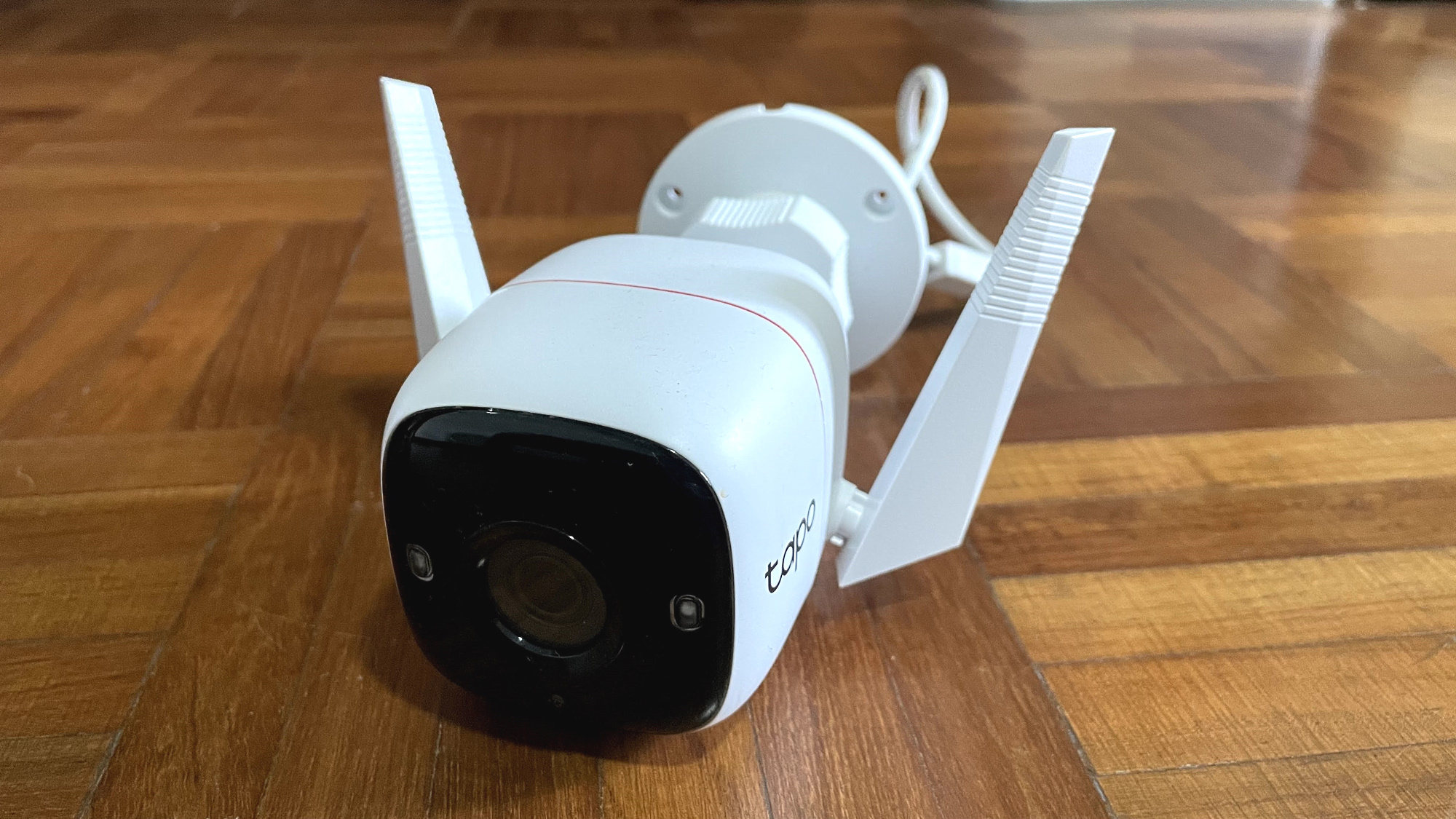 The TP-Link Tapo C310 Outdoor Security Wi-Fi Camera keeps a lookout for intruders in your yard or garden. When motion is detected, it can send an alert to your smartphone and automatically record a short clip. Turn on the alarm option and the camera can scare off potential intruders using its siren and flashing lights. Designed for outdoor use, it is weatherproof and offers both wired and wireless connectivity.

With its two external antennas, the C310 looks similar to competing models from the likes of Ezviz and Xiaomi. The features, too, are identical. For instance, the C310 offers night vision of up to 30m, though it lacks the colour night vision offered by rivals such as the D-Link DCS-8630LH. You can also communicate with visitors through the camera’s built-in microphone and speaker.

Unlike some security cameras that only offer cloud storage, the C310 lets users record videos to a microSD card (up to 128GB). The camera also supports continuous video recording, which I found especially useful when I suspected my home had a unwanted guest (a rat). The C310 actually managed to capture videos of the rat roaming my kitchen in the wee hours of the morning. However, I did have to browse through hours of footage to find the culprit.

Setting up the C310 was straightforward using the Tapo app (available for iOS and Android). But minor rant here: does TP-Link really need separate apps for its routers (Tether), smart home devices (Tapo and Kasa) and its Deco mesh routers (Deco)? The C310 also supports voice control via Amazon Alexa and Google Assistant. It is not my thing, but you can ask Google Assistant to stream the video feed from the camera to a smart display or Chromecast.

Overall, the C310 performed up to my expectations. Alerts and alarms were prompt while the video quality was decent. At S$109 from Shopee and Lazada, it is also one of the more affordable outdoor security cameras in the market.