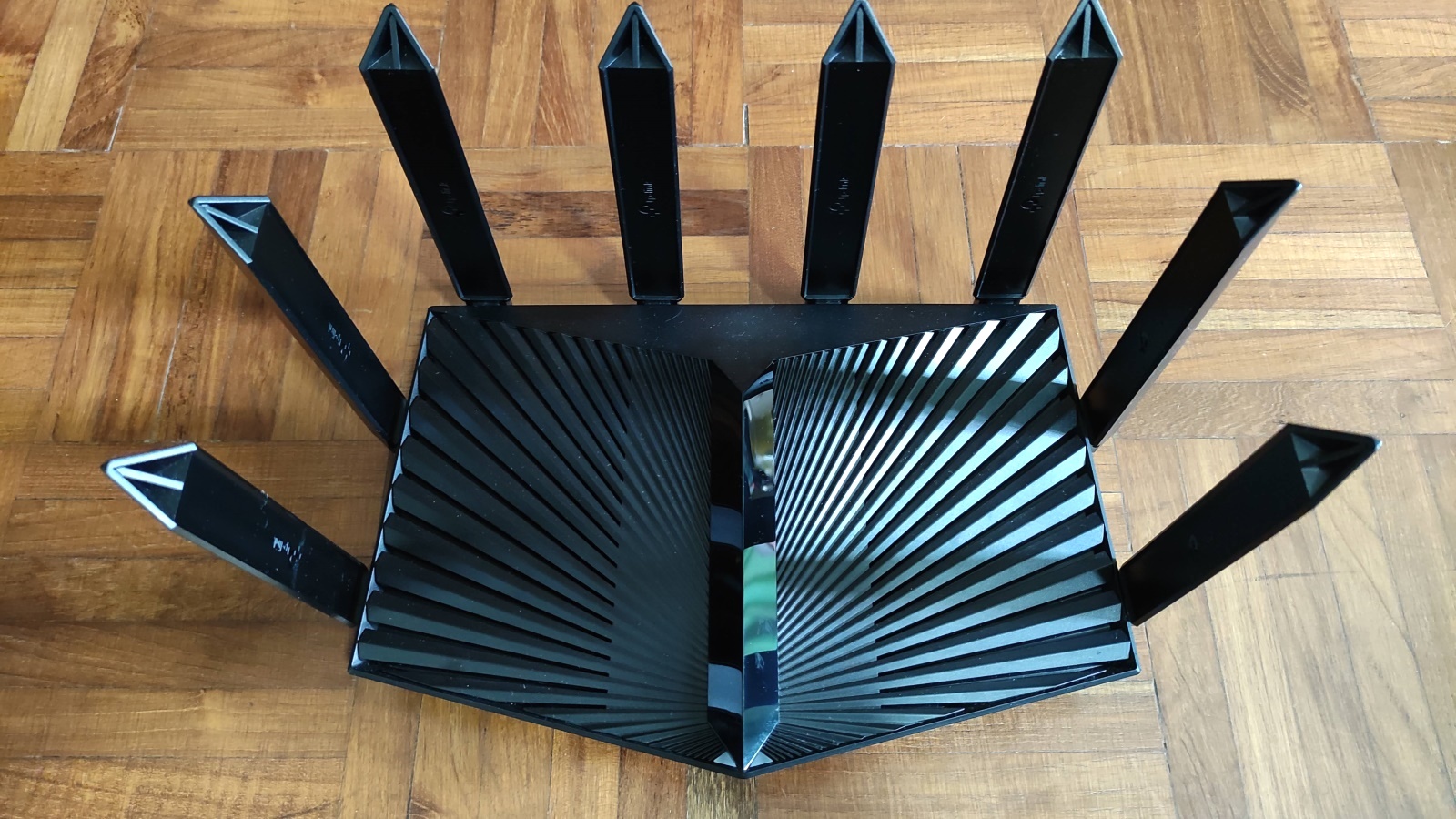 Still using the same router since Manchester United last won the Premier League? Perhaps it’s time to consider upgrading to a new Wi-Fi 6 router like the TP-Link Archer AX90. After all, the latest smartphones and notebooks now support the Wi-Fi 6 (802.11ax) standard, which is faster and more efficient than its predecessor.

The AX90 sits just below TP-Link’s AX11000 gaming router, and lacks the latter’s gaming features. On paper, both routers offer Wi-Fi speeds of up to 4.8Gbps to a single client device — the telltale sign here are the eight antennas. But there are currently no clients that support this speed. In fact, my test laptop, the Acer Swift 5, theoretically tops out at 2.4Gbps, but it requires the Wi-Fi 6 router to support a channel width of 160MHz. If not, its maximum theoretical speed is 1.2Gbps.

Not all Wi-Fi 6 routers have the 160MHz channel width option. For the AX90, the channel width is found in its Advanced settings, and accessible via a Web browser (not TP-Link’s Tether mobile app). Disable the Smart Connect feature and under the router’s second 5GHz channel, you’ll find the 160MHz channel width setting. But frankly, it is not really worth the hassle. With 160MHz enabled, my laptop’s download speed hit a peak of 946Mbps, up from 759Mbps without. While this small speed boost is nice, download speeds were more inconsistent overall.

Enthusiasts with a high-speed Internet connection or a high-end NAS (network-attached storage) will appreciate the AX90’s inclusion of a 2.5Gbps port. The router also has two USB ports. It can be wall mounted, and weighs less than a kilogram, unlike many high-end routers. The AX90 can also form a mesh network with several compatible TP-Link routers and extenders. This mesh network can eradicate Wi-Fi blind spots or extend the network to far-flung parts of the home.

In addition, the AX90 comes with a software suite (HomeShield) that offers parental controls and malware protection. But most of HomeShield’s useful features require a monthly subscription of S$8.98. The AX90 is available at around S$389, which is a good price for a tri-band Wi-Fi 6 router.

Sweet price for a fast, feature-packed Wi-Fi 6 router.
Available at Shopee
Buy it at Lazada