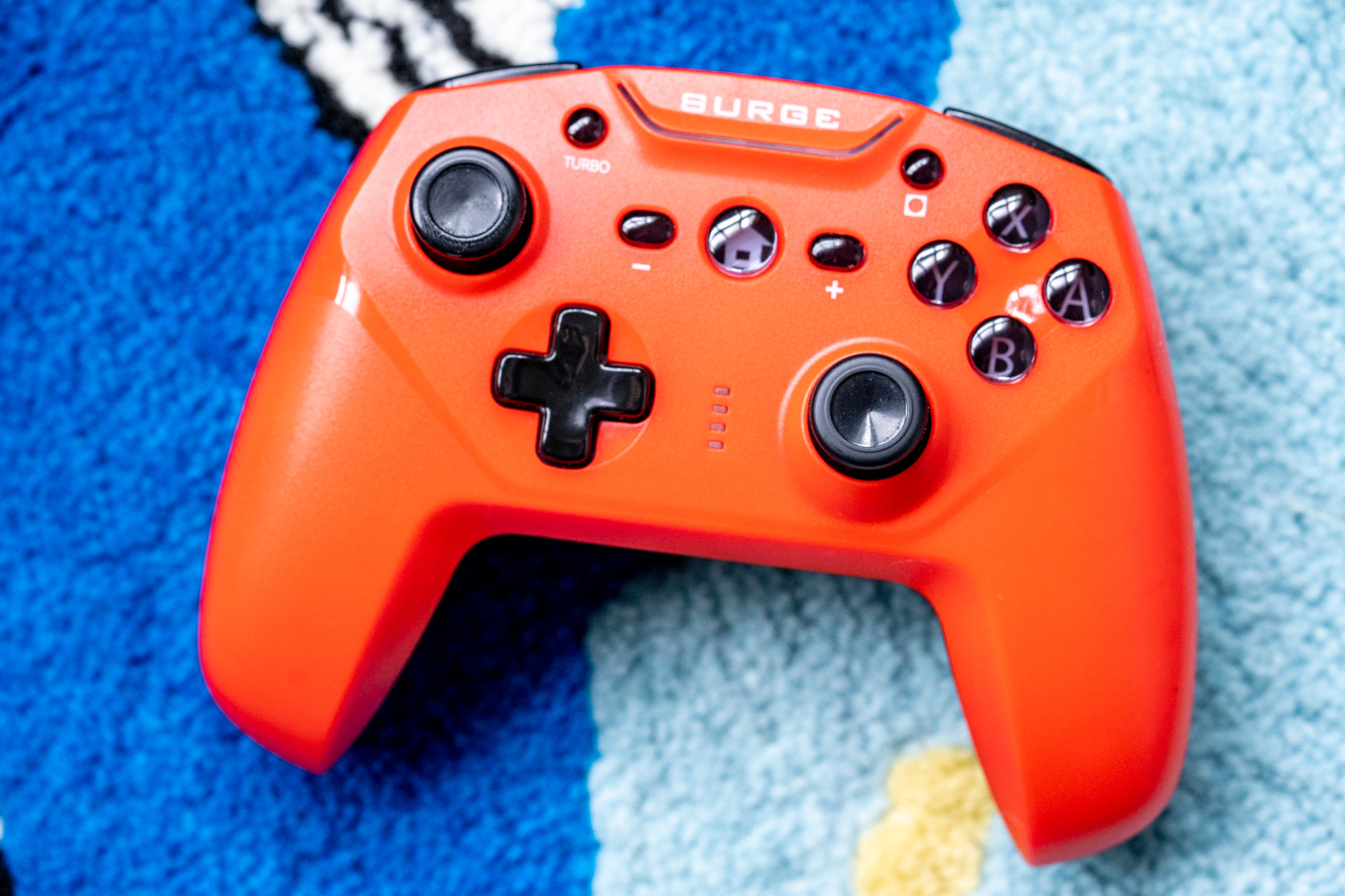 If Nintendo’s official Switch Pro Controller is a tad too expensive for you, the Surge Switchpad Pro Wireless does almost all the Pro Controller can and more. It offers wireless connectivity, rumble, turbo button, macro controls, a comfortable grip and a USB-C Port for recharging.

Pairing the Surge with the Switch is a simple affair, just hold the Y and Home button together, and the controller is now recognised by the Switch. Turning on Turbo requires you to hold the Turbo button down and press the button you want turboed and you’re good to go. You can turn as many buttons turbo as needed. Macro is a bit more complicated, you hold the Turbo down for five seconds, press one of the four Macro buttons at the back, then press up to four buttons in the order you want and press the Turbo button again.

Those looking for a more robust Switch controller and aren’t a fan of the smaller Joy-Cons, this is the perfect alternative to the more expensive Switch Pro Controller. Note though, that the one thing it doesn’t do is turn on the Switch. You will need to first turn on the Switch, then the Surge, to connect.

I honestly think the Surge is one of the best third-party Switch controllers around. It has a great battery life and lasted a long time between charges, and the Turbo functions can be pretty useful in some games that demand repetitive button mashes.

The Surge Switchpad Pro Wireless Controller is available via Amazon for S$41, about one third of the Switch Pro Controller’s price. You may want to consider buying a second one if you have Amazon Prime since it has free shipping for international orders over S$60.