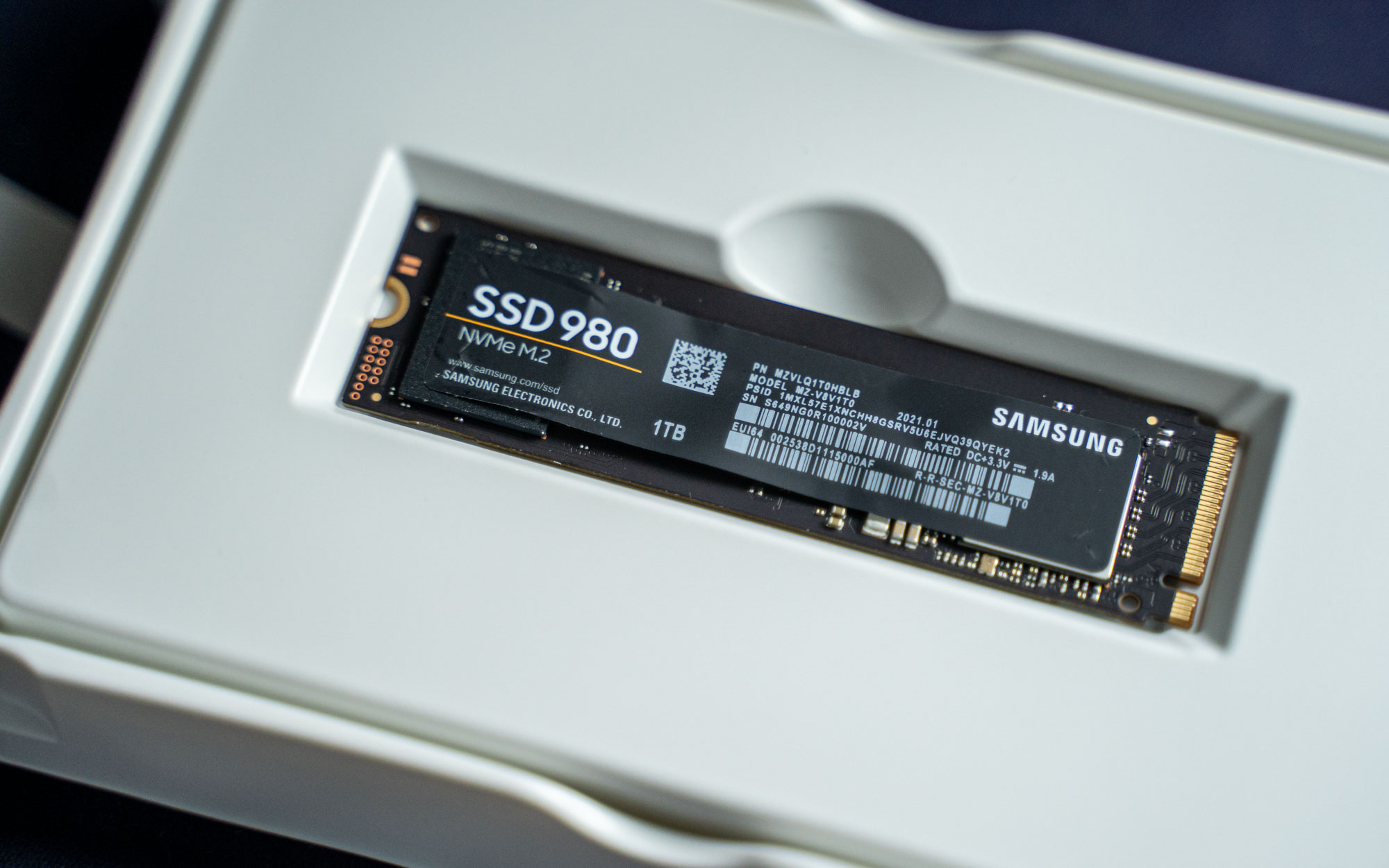 Those looking for fast loading times, look no further. The Samsung 980 NVMe SSD is exactly that. The NVMe solid state drive plugs directly into your motherboard’s M.2 port and makes your programs load really quick. I’m quite impressed with the performance from Samsung’s latest entry-level NVMe SSD.

If you’re thinking of making the switch, you will need to make sure your PC’s motherboard supports the M.2 port. Most motherboards from the last five years should be fine, but take a look inside just to be sure. Alternatively, you can always use a PCIe adaptor. When installing, be sure not to accidentally plug it into the M.2 Wifi port. That said, it’s usually labeled, so you can’t go wrong.

While this SSD sits at the bottom of the Samsung product line, it’s performance is enough to pit it against the best of its last-generation products. What sets it apart is that it’s DRAM-less, meaning that it may perform slower on heavy data workloads compared to the Pro versions (that are coming). But if you don’t do anything like that, you’re probably fine for day-to-day use.

At S$188 officially for the 1TB version, S$102 for 500GB and S$72 for 250GB, the Samsung 980 NVMe SSD is pretty darn affordable. It’s also pretty good performance for light users. Those with heavy data workloads may want to consider the Pro versions instead. You can get it on Shopee or Lazada.

This entry-level NVMe SSD is a great buy.
Buy from Shopee
Buy from Lazada