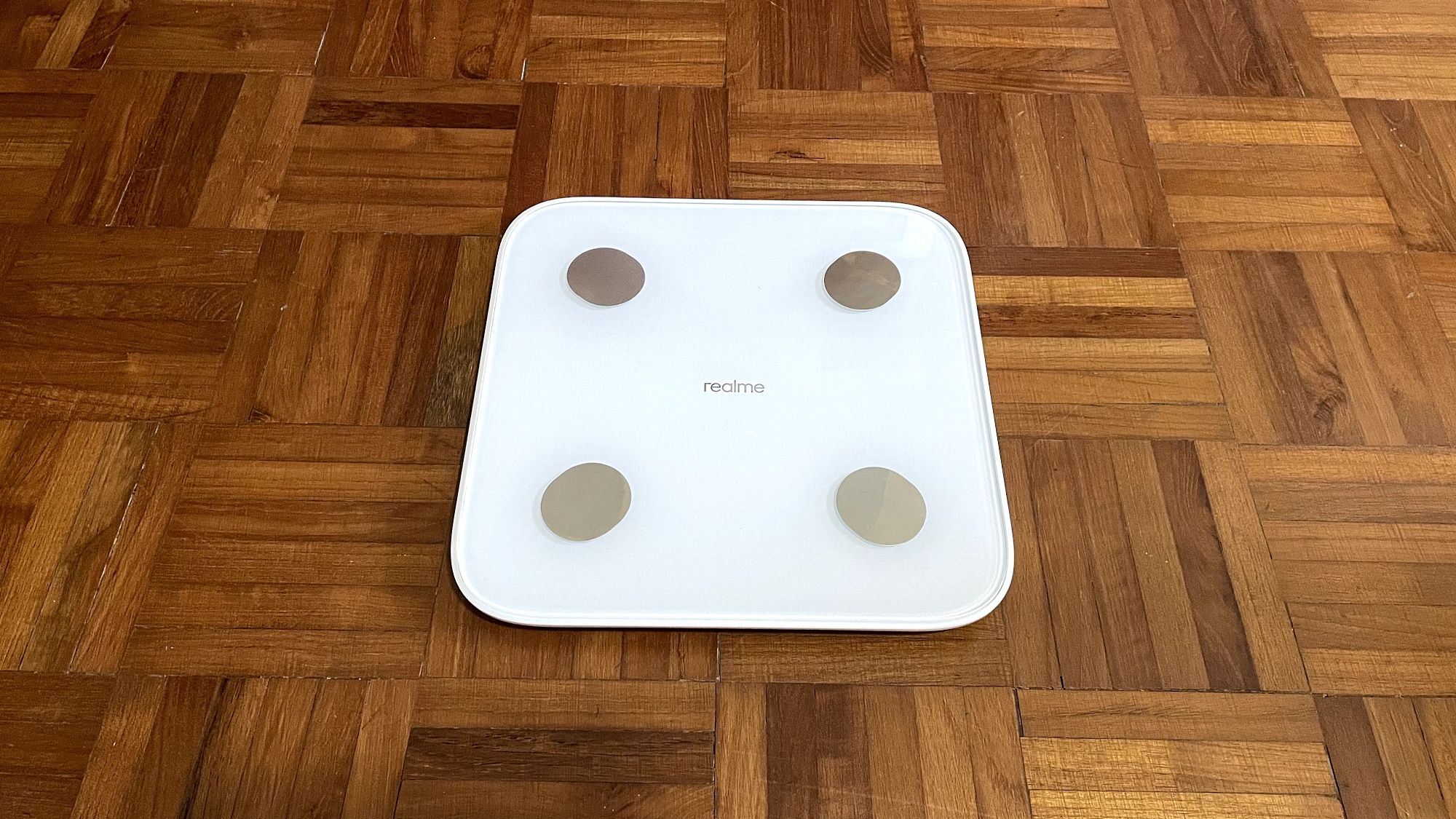 Whether you’re aiming to lose or gain weight, you’ll need a good weighing scale. The realme Smart Scale not only measures your weight, it also estimates your body fat and even reports your heart rate.

Thanks to its bioelectrical impedance analysis (BIA) sensor, the Smart Scale can estimate your body composition, such as the amount of body fat, water and muscle. It can also estimate other health data, such as biological age and bone mass. I don’t have another BIA weighing scale to verify the accuracy of the Smart Scale, but it missed my biological age by a couple of years. Studies have also shown that BIA weighing scales generally provide only rough estimates and should not taken as gospel.

Pairing my smartphone with the Smart Scale was a breeze with the realme Link app (available for Android and iOS). You can create a user profile for each person that intends to use the weighing scale. Once you have taken your weight, you can assign the measurement to a specific user using the app. Or you could be lazy like me and assign an entire week’s worth of measurements to my profile. The app will track your weight and other health stats and make some basic recommendations. For instance, I am underweight so the app suggests an ideal weight that I should be working towards.

What I also found really useful (as a tech reviewer) is the scale’s ability to measure objects weighing less than 10kg, such as the weight of a notebook. In a pinch, it can probably double up as a kitchen scale, though I won’t recommend it due to the size of the smart scale.

The Smart Scale uses four AAA batteries. They are said to last for about a year if you use the scale two to three times a day. The official retail price is S$49, but it can found for less on e-commerce platforms like Shopee and Lazada.

Easily measure and track your weight through the companion app.
Available at Lazada
Buy it at Shopee