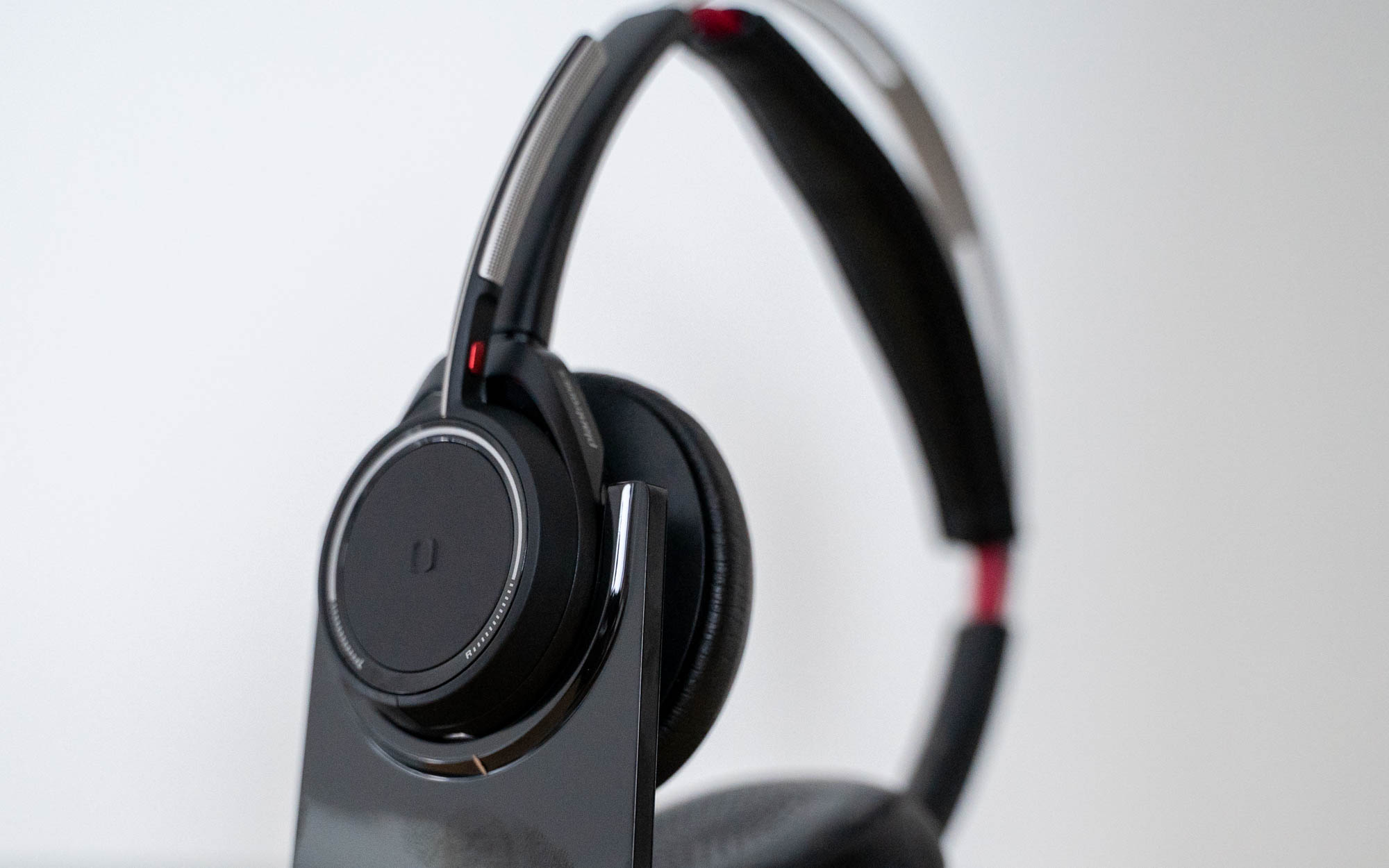 While most of us are taking Zoom calls either with our gaming headphones or bundled earphones that come with our phones, it may be time to upgrade your home office experience. The Poly Voyager Focus UC is an on-ear wireless headset packed with Active Noise Cancellation (ANC), Bluetooth 4.1 connectivity, and pretty good audio.

Weighing at around 155g, the Poly headset sits comfortably on the head. I don’t even feel it after a while, since it’s so comfortable. The on-ear pads don’t clamp down hard at all, and my ears don’t feel squashed even after a day of wearing the Voyager Focus UC. Audio quality is great, with solid bass and clear highs. Despite not being an over-ear type, sound isolation is pretty great. It’s even better when ANC kicks in to filter out the background noise. Poly did not reveal the size of the drivers.

The microphone located on the right side doesn’t look too obvious and its silver metallic look blends right into the design of the Voyager UC. Despite my concern that it was too short to pick up my voice, no one felt that my voice was soft or unclear when I was on a video call. The headphone’s controls are easily accessible. The left ear pad has playback and volume controls, as well as the ANC toggle. On the right side you’ll find the power button, call button, and a mute toggle on the microphone’s boom. The mute toggle also works as an OpenMic button to let you hear your surroundings when enabled. Taking off the headphone also pauses the audio.

Like the Poly EagleEye Mini USB Camera, the Voyager UC is plug and play. My PC and Mac both automatically recognised the headset (and its mic). You can use the USB dongle or the built-in Bluetooth to connect to a device. The Poly headset has a rated listening time of 15 hours (12 with ANC on), and 12 hours (10 ANC on) of talk time. It’s enough to last a whole day of Zoom meetings. I had no issues using it for a full work day. You can recharge the headset with the included stand or with a micro-USB cable.

I really like the Poly Voyager Focus UC. However, with a starting price at S$250, the headset costs as much as some gaming headsets. That said, if you are want a professional look for your next Zoom presentation, the Voyager Focus UC is ideal. Better yet, it has ANC (which some gaming headsets lack), and you can use this with your phone on the go. Check it out on Amazon (where it’s cheapest), Shopee or Lazada.

Sound good, look good, and hear good at Zoom meetings.
Available at Amazon
Buy from Shopee
Get it at Lazada