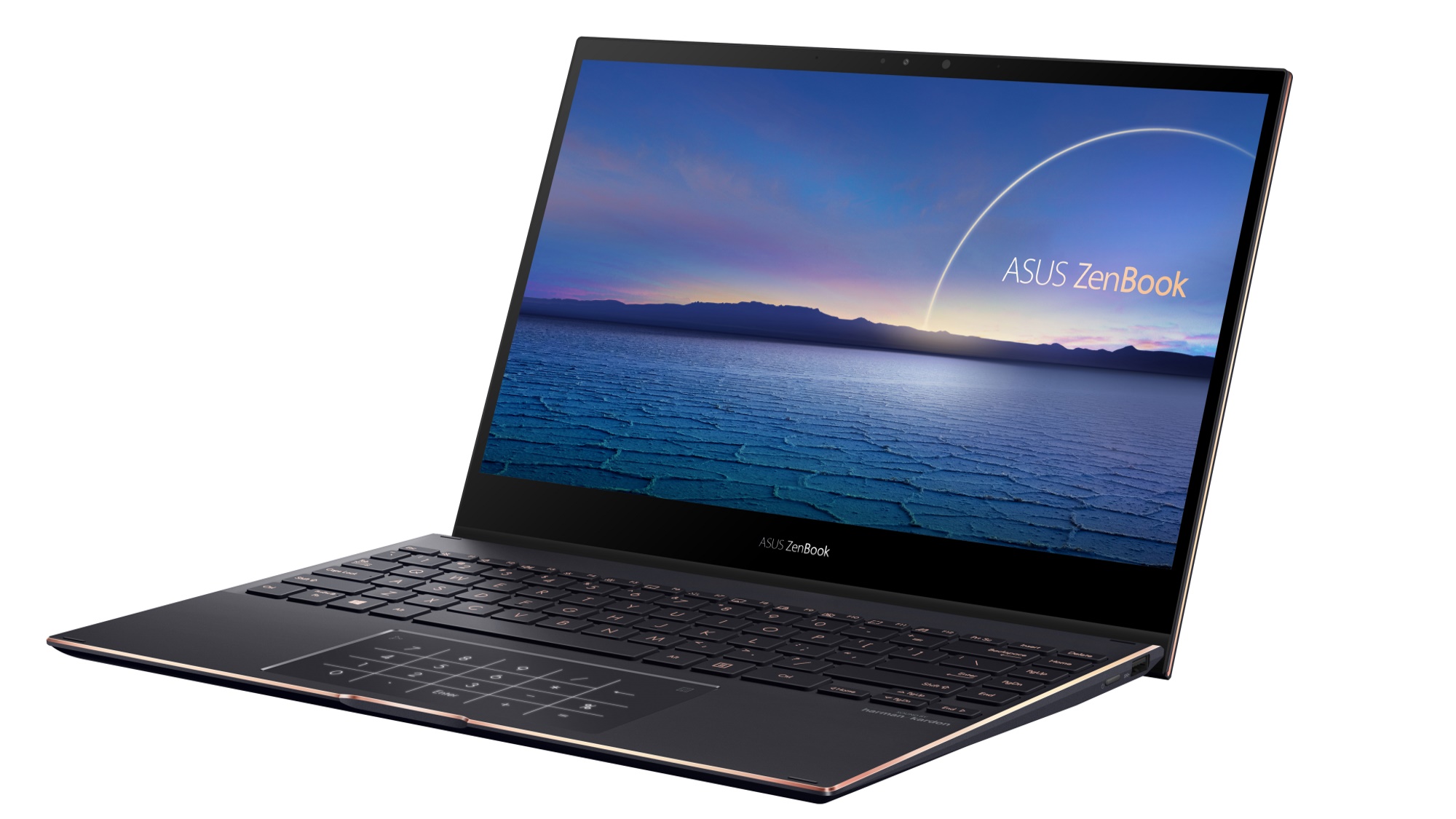 Asus has upped the luxury quotient with the ZenBook Flip S (UX371). Slim and portable, it dazzles with copper accents and a 4K Oled screen. Yet this 1.2kg machine is not lacking in power. The Flip S is one of the first computers to feature Intel’s latest 11th Gen Core processor. It is also Intel Evo certified. Which basically means the Flip S is fast, responsive and supports cool PC features, such as Wi-Fi 6 connectivity and Thunderbolt 4 ports.

But the real star of the Flip S is its 13.3-inch 4K Oled touchscreen. You’ll get truly deep blacks, lush visuals and outstanding colour accuracy. And there’s barely any bezel at the sides to spoil the cinematic feel. There is a slim top border for the built-in facial recognition camera. But no privacy shutter to physically block this camera and no fingerprint sensor either.

The Flip S is as premium as you’d expect from a S$2,498 model. The chassis has hardly any flex while the hinges are tuned nicely such that you can open the lid with one hand. Warning: the laptop easily picks up fingerprints. The keyboard feels bouncy but I would have liked more spacing between the keys. The keys themselves could also be taller. On the other hand, the touchpad is wide and slick. And it doubles up as an illuminated numeric keypad when you hold down a hotkey at the top right corner.

With dual USB-C Thunderbolt 4 ports (also used for fast charging), HDMI and a USB 3.2 Type-A connector, Asus has got most of the physical ports covered. Alas, there is no 3.5mm audio jack. It is not the first time Asus has ditched the headphone jack and it probably won’t be the last. At least an USB-C to audio jack adapter is included. Oh, there are a couple more caveats. Probably because of its 4K display, the Flip S is no battery champ. Despite having a good-sized 67 watt-hour battery, the Flip S taps out in 5hr 10min in a video playback test at maximum brightness. Guess that’s the price you pay for that superb screen.

One more thing — the base of the Flip S, like many ultra-thin Windows laptops, runs very warm. It can get uncomfortable to touch so I advise putting it on a pillow or the desk if you are planning on doing some heavy-duty work. Despite its few drawbacks, the allure of the 4K Oled screen and its classy good looks will make the Asus ZenBook Flip S the envy of your peers.