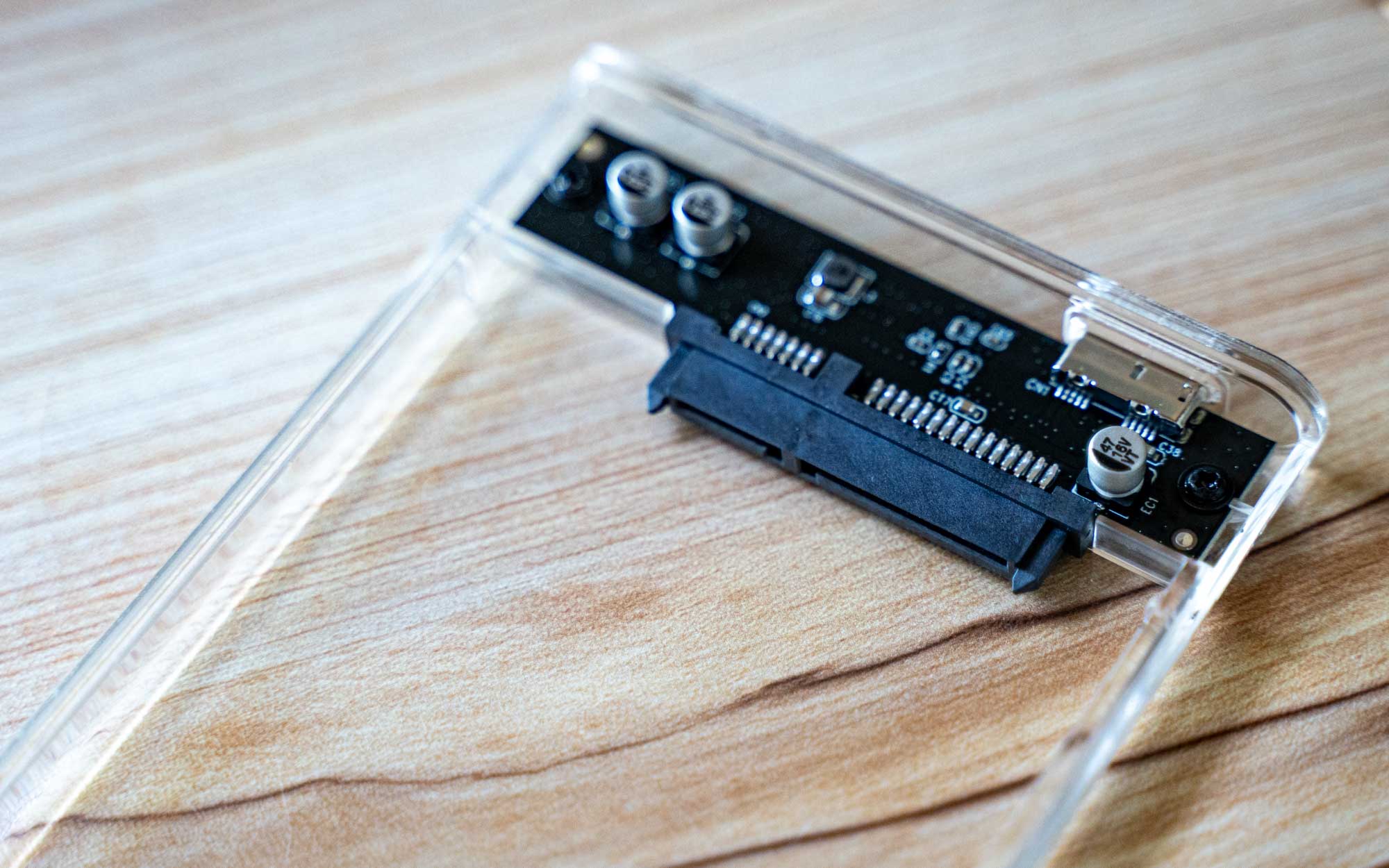 If you have a spare 2.5-inch storage drive lying around, the Orico HDD Enclosure 2139U3 is a good and simple solution to reuse the drive. Featuring USB 3.0 speeds and SATA 3.0 connections, this clear enclosure also lets you show off your original storage drive.

The Orico is simple to set up. You slide out the top cover and slot in the storage drive. You won’t need a screwdriver or any other tool. I was using the Samsung SSD 870 EVO 250GB I previously reviewed inside the case. The SSD drive is formatted in exFAT, allowing me to transfer files between my desktop PC and my MacBook Pro.

However, transfering a file is pretty zippy — if you’re on a USB 3.0 port. A 1GB file took slightly under 5 seconds, a 2GB file took slightly longer at around 12 secs. Of course, the speed will vary depending on the storage drive you use. A older USB 2.0 port will take longer, of course.

The S$9 Orico HDD Enclosure 2139U3 is a cheap buy to help you make full use of your older drives. It fits your standard 2.5-inch drive easily and while it’s not the most sturdy, it should survive a minor drop thanks to its plastic casing. It’s available on Shopee, Lazada, and Amazon. The cheapest appears to be Lazada, for now.

Editor’s note: We received some feedback that some Orico transparent casings may have heat issues — such as those for NVMe drives, but we did not notice it on this HDD enclosure.

A cheap but good enclosure.
Buy from Shopee
Available at Lazada
Shop it at Amazon.sg