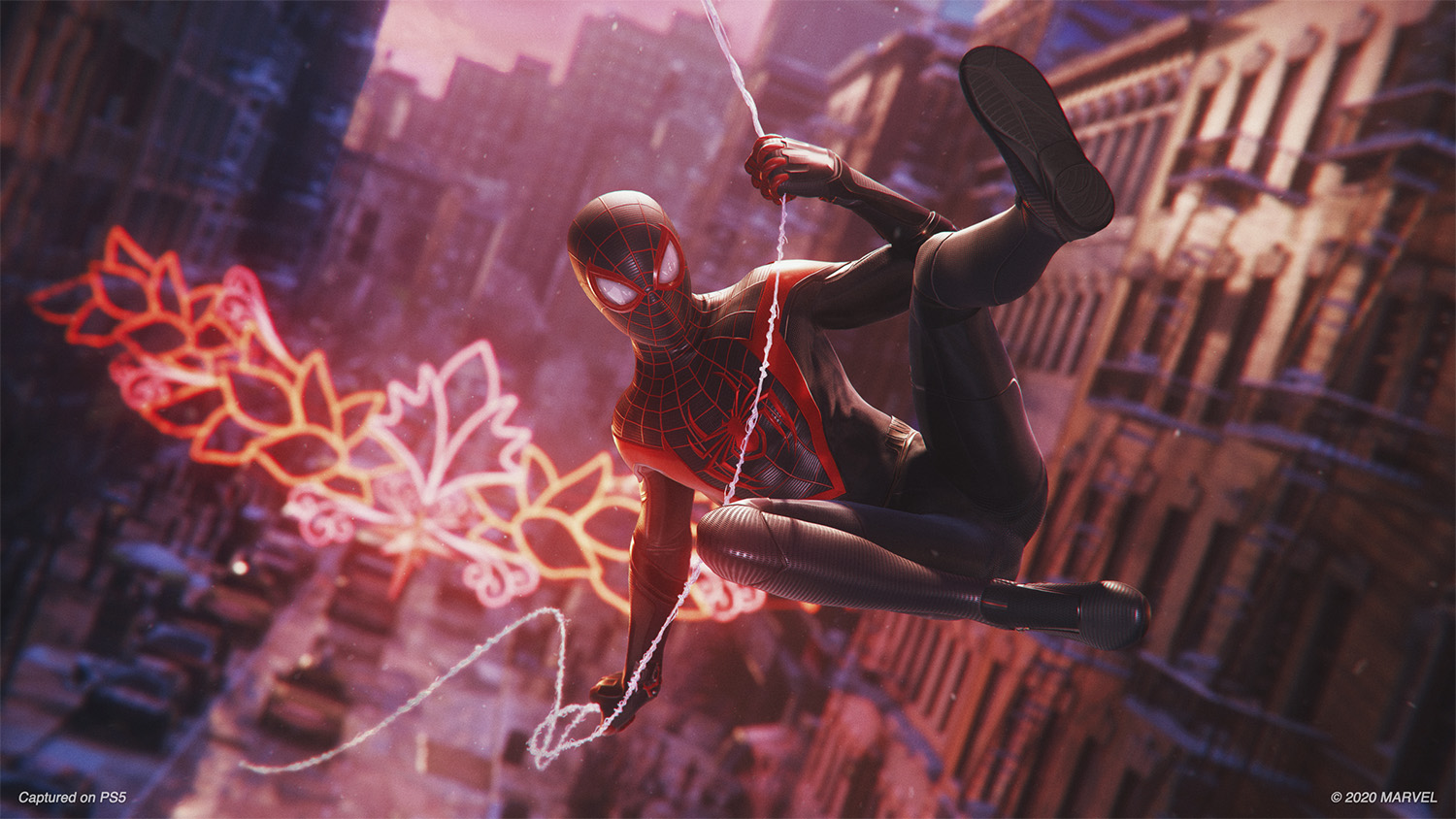 Much like the previous Spider-Man game, Marvel’s Spider-Man: Miles Morales lets you play as Spider-Man, only this time as, you guessed it, Miles Morales. If you’re not as familiar with Miles as say, Peter Parker, that’s not really your fault. But comic book fans will definitely love this take on the newest Spider-Man.

As Spider-Man, you get to swing around New York city like the previous game with your webs, fighting crime and doing challenges when not advancing the main plot of the game. While it may feel like a rehash, Miles Morales does come with new zappy powers, courtesy of the spider that bit him. It’s quite satisfying to launch electric attacks as part of his “Venom” powers (not to be confused with Venom).

You also get to turn invisible, which lets you perform escapes or sneak attacks. All of these can be upgraded, and completing various side missions helps unlock suits and gadgets to use. Various collectibles are also strewn around New York City that help unlock more background plot.

While I tried the game on the normal non-Pro PS4 (and not the new, upcoming PlayStation 5), the graphics were still pretty impressive, and frame rates were pretty consistent. The PS5 version does come with snazzy graphic upgrades in the form of ray-tracing and generally looks a lot better. It will also load a lot faster compared to the PS4 versions.

If you’re still looking to get the most out of your PS4 before you eventually switch to the PS5 once more games comes out, Marvel’s Spider-Man: Miles Morales is still worth the $67.50. The PS5 Ultimate Edition version also comes with Marvel’s Spider-Man Remastered, a pretty good deal, I must say.

Sackboy: A Big Adventure (PS4) review: A sackful of delights