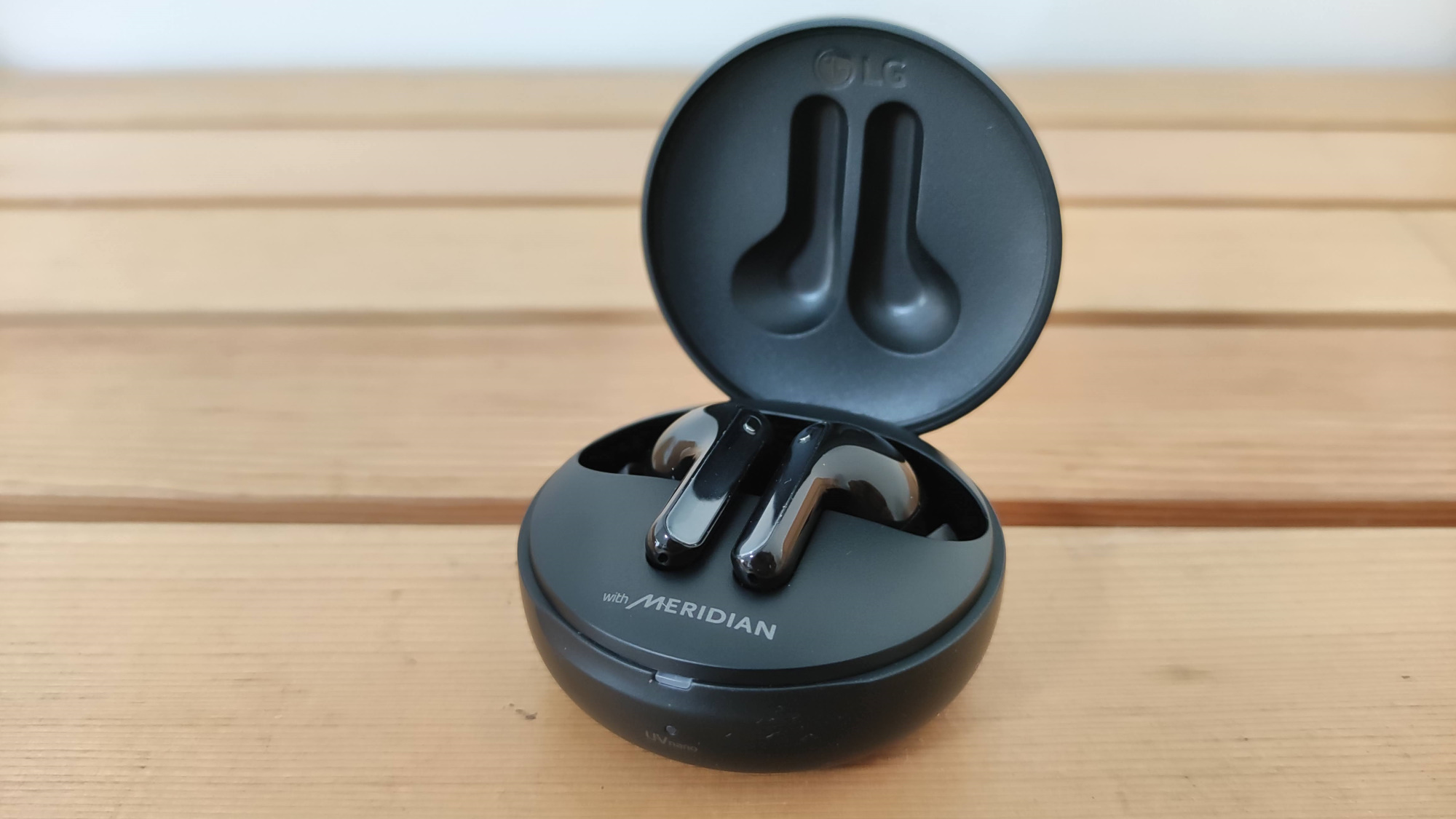 LG’s latest Tone Free FN7 true wireless earbuds add active noise cancellation (ANC) to last year’s FN6. But everything else from the older earbuds, such as the stemmed AirPods Pro-like design and the bacteria-killing charging case, remain the same in the FN7.

Arguably the headline feature in both these earbuds is the UVnano charging case. LG says this handy case uses ultraviolet light to eliminate 99.9% of bacteria on the earbuds’ inner mesh in just 10 minutes. Since I don’t have access to a lab, I can only take LG at its word. This cleansing process is enabled only when the case is being charged. The earbuds come with a USB Type-A to Type-C charging cable. It takes around 5 minutes for the case to recharge the earbuds sufficiently for 1 hour of playtime.

Of course, the key feature for the FN7 is its active noise cancellation (ANC). It is decent — ambient noise is somewhat reduced, but don’t expect it to completely block loud commuters on the train. You can toggle between turning ANC on/off and an ambient noise mode by long-pressing the touch-sensitive stem. But I prefer to use the Tone Free companion app (for Android and iOS) instead. The touch controls can be overly sensitive, with single taps becoming double taps. You can reassign these touch controls in the app, which has a helpful user manual. And if you lose track of them, the app can help locate the earbuds as long as they are within Bluetooth range.

The FN7’s audio is tuned by British audio firm Meridian Audio. The app offers four preset equaliser settings and two user customisable ones. I prefer the balanced sound of the Natural preset. Vocals were clear in pop and jazz songs while the bass was just nice, not overwhelming. But the Bass Boost and the Treble Boost presets have their moments, depending on your taste and the genre. LG says the FN7 can last up to 7 hours on a single charge without ANC and 5 hours with ANC. But in my testing, the battery dipped by 25% after an hour of music playback with ANC, putting the playtime at around 4 hours.

The FN7 is selling at a special pre-order price of S$238 (usual price S$298) from now till Feb 4 at Lazada and Shopee. For those who don’t need ANC, the older FN6 (S$148, down from S$268) is an attractive option. As for the FN7, it faces stiff competition from the likes of Apple (AirPods Pro at S$279) and Samsung (Galaxy Buds Pro at S$308). While germaphobes may put the FN7 at the top of the list, I bet that — assuming similar pricing and features — most consumers will pick the same brand of earbuds as their smartphones.

Cancel noise and germs with LG's true wireless earbuds.
Available at Lazada
Buy it at Shopee