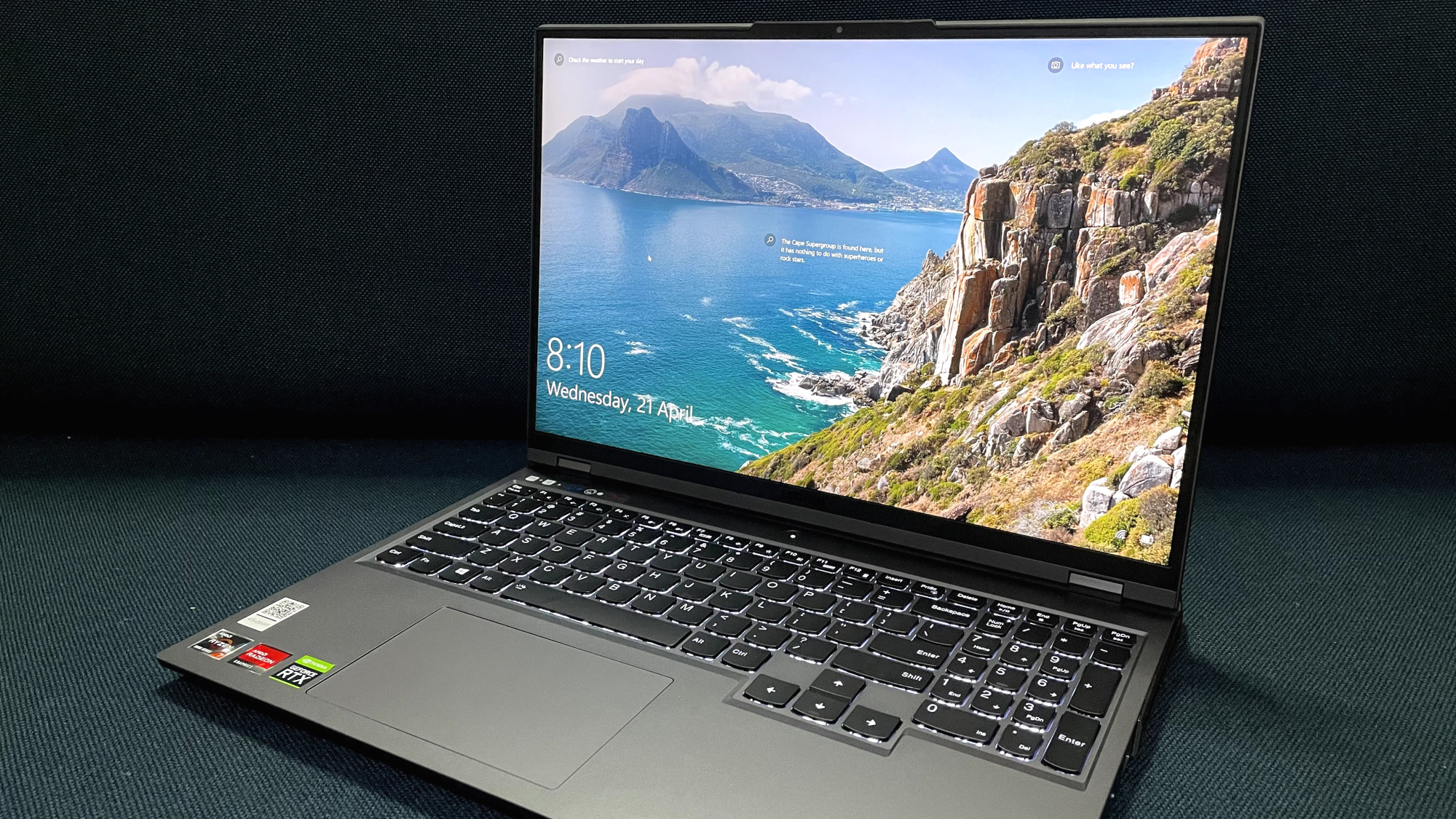 I get a kick out of finding good deals and products that offer value for money. Which is why the Lenovo Legion 5 Pro gets my nod. It does not have the best specs or the most features. But a judicious selection of components make it a solid contender as your next gaming notebook.

Judging by its 16-inch screen and keyboard, the Legion doesn’t look like a gaming notebook. Its 16:10 aspect ratio and 2,560 x 1,600 pixel screen resolution are unconventional for the genre. With more vertical screen real estate than 16:9 displays, this display is great for spreadsheets and photo/video editing. Viewing angles are excellent and the screen looks vibrant, too. Another mainstream-friendly feature: The built-in Web camera can be easily disabled for privacy via a switch on the right side. In addition, the keyboard on my review set only has white LED backlight (RGB option is available for the white model), while the layout is similar to a Lenovo mainstream laptop. And despite squeezing in a number pad, the keyboard is well spaced and feels tactile. Key travel is decent, but is a tad shallower than some of its rivals.

But the Legion does not lack the key gaming features. For instance, its display supports adaptive refresh rate technologies such as Nvidia G-Sync and AMD FreeSync. Although its 165Hz screen is not as fast as the 240/300Hz ones on top models, I feel it is smooth enough. Besides, most games will run at under 200 frames per second, which would not require a 240Hz and above display. The Legion also has the essential ports, including HDMI, Ethernet and USB-C (with DisplayPort support), all of which are located at the rear. Its rear chassis — with the automotive-inspired vents — also resembles most gaming notebooks.

My Legion review set punches above its weight. On paper, its AMD Ryzen 7 5800H chip and Nvidia GeForce RTX 3070 graphics, while capable, are not the best in class. But the notebook (in Performance mode) actually scored higher in PCMark 10 (7,260) than the higher-end Asus ROG Strix Scar 15 (7,159). The RTX 3080-powered Asus notebook did perform better in games, though the Legion was no slouch. The latter managed around 71fps in Watch Dogs: Legion at 1,920 x 1,080 pixels at Ultra setting. While this dipped to just under 60fps at its native 2,560 x 1,600 pixels resolution, the game still feels smooth and looks crisp, too. More importantly, the Legion’s cooling system is excellent. The keyboard was relatively cool while running benchmarks — even the usual hot zone above the keyboard was tolerable.

The Lenovo Legion 5 Pro (as reviewed) costs around S$2,699 on Shopee and Lazada, which seems like a better deal for most buyers than the S$4,000 to S$5,000 asking price of top gaming laptops. You can also customise the Legion with more affordable components, such as an RTX 3060 graphics chip on Lenovo’s website.

Punches above its weight in terms of performance and value.
Available at Shopee
Buy it at Lazada