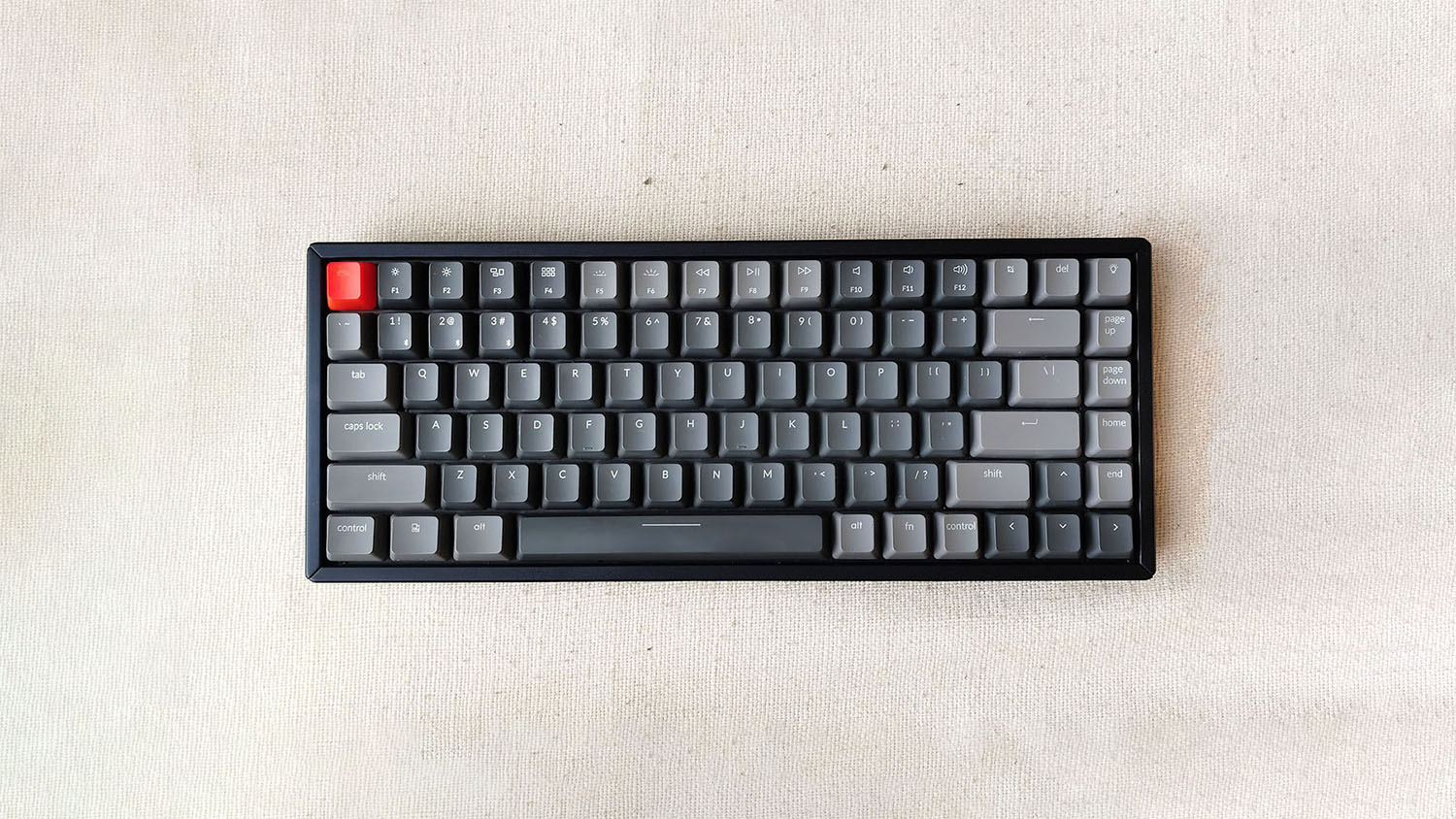 The Keychron K2 Wireless Mechanical Keyboard connects up to three Bluetooth devices so you can type on your notebook, smartphone(s) or tablet conveniently. Using Gateron mechanical keyboard switches, it’s a compelling upgrade over the regular notebook keyboard experience.

The 84-key layout of the K2 keeps all the essentials, especially the arrow and function keys, while maintaining a compact form factor compared to full-sized (104 keys) or tenkeyless (87 keys; full-sized less numpad) layouts. To achieve this, all gaps between sections are removed with no space between number and function rows. If you are coming from a full-sized keyboard, it may take some getting used to. Using the popular Gateron mechanical switches, you can get a clicky (Blue), tactile (Brown), or linear (Red) typing experience. My unit uses Brown.

While it’s louder than regular keyboards, it’s safe to say any of the three options will reward the user with an improved typing feel over notebook keyboards. In wired mode, the K2 uses a USB Type-C cable, and will connect to most computers without setup. There is a toggle to switch between macOS and Windows, which will determine the position of the cmd and Windows keys. Extra keycaps are provided to make sure the bottom row matches either layout. The shortcut keys (on the F row) for tasks like changing volume, brightness, media controls also work in both OSes.

The K2’s power toggle on the left side lets you use the keyboard in Bluetooth mode. From here, you can pair three Bluetooth devices by holding Fn+1, 2, or 3. From there, pressing Fn+1, 2, or 3 will let you switch between the three paired devices. In my case, it’s the laptop and the smartphone. When working, I can switch over to my smartphone using Fn+2 to reply a text message or Twitter DM without picking it up. The manufacturer rates the 4,000mAh battery for up to 240 hours typing on Bluetooth (backlight off).

At S$131 on Amazon, the Keychron K2 is not the cheapest mechanical keyboard out there, but it’s a worthwhile buy if you want a versatile option for Windows, macOS, smartphones and tablets. Note that when ordering a Keychron K2, the various options, such as key switch types, backlight (white or RGB), and keyboard frame (plastic or aluminium) will affect the final price.

Type on your laptop, smartphone, and tablet with one compact mechanical keyboard
Available at Amazon