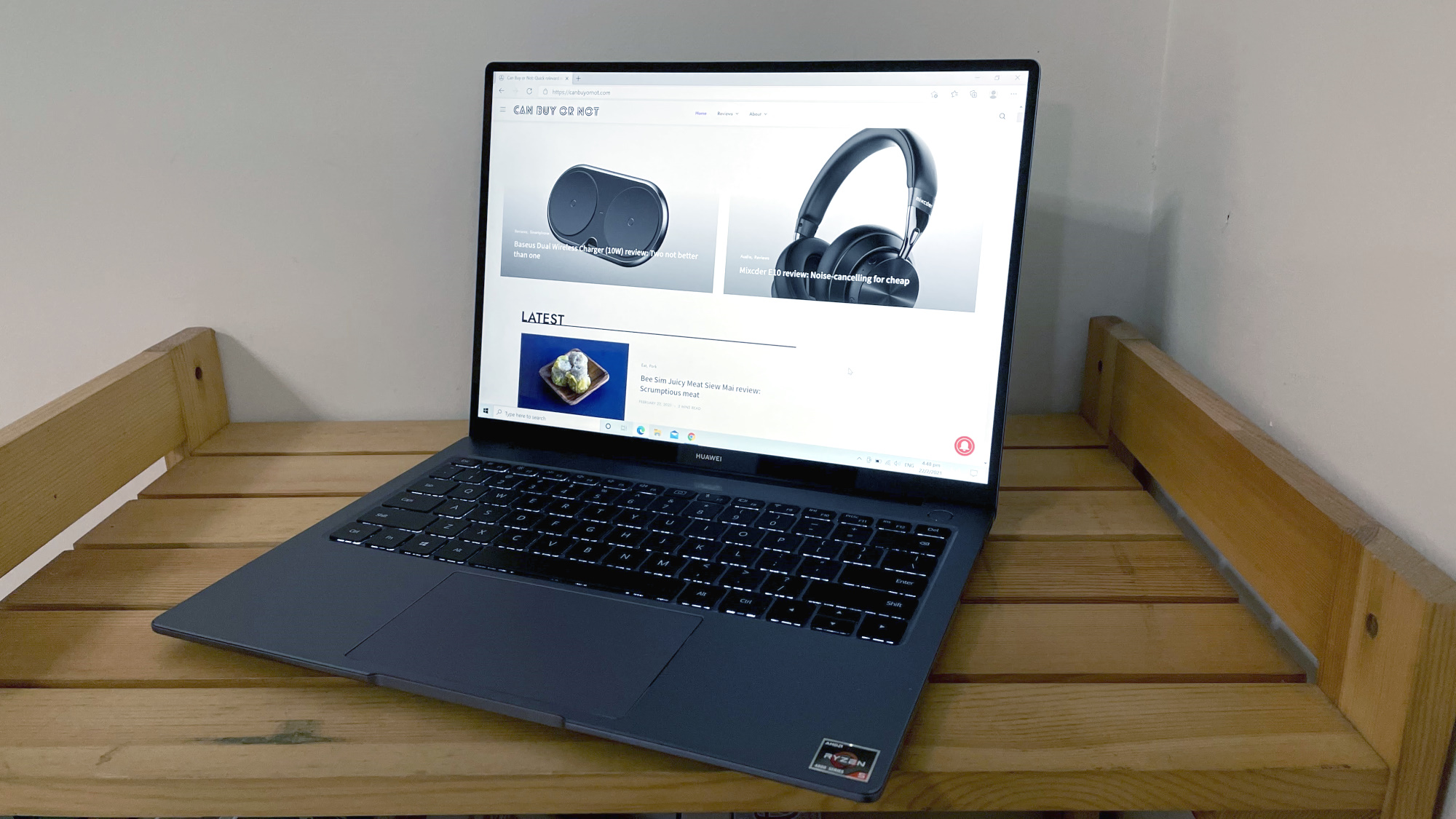 The Huawei MateBook 14 looks more expensive than its mainstream price (S$1,298) would suggest. The MateBook may still take its design cues from Apple’s MacBooks, but I am not complaining if that results in a sleek notebook that feels sturdy and premium. More importantly, the MateBook 14 is not lacking in performance, thanks to its AMD Ryzen 5 processor.

With a 3:2 display, the MateBook is more suited for office documents than movie night. This screen is bright and crisp (1,440p), with narrow bezels on three sides. I also like the rigid feel of the lid, which does not flex easily under pressure. The keyboard is shallower than I liked, but the touchpad is large, clicky and responsive.

Like other Huawei laptops, I can log into my Windows account with my fingerprint by simply pressing the power button. This one-step power on and login feature is great — I can walk away and grab a coffee instead of waiting around for the laptop to load. But I am not a fan of the MateBook’s Web camera, which is located inside the keyboard (top row). This recessed 720p camera pops up when you press it. While this is fine and dandy for privacy (no need to tape over the camera), it also means that the camera focuses on your chin and nostrils unless you consciously adjust yourself. In short, it may not be the most flattering Web camera for video calls.

The MateBook’s Ryzen 5 4600H chip is last year’s model, not the latest Ryzen 5000 series. But its performance is still very competitive. In fact, its PCMark 10 score of 5,036 is actually comparable to an Intel Evo ultrabook like the Razer Book (4,904). However, the MateBook does lack some Intel connectivity niceties, such as Thunderbolt 4 ports. It also supports Wi-Fi 5 instead of the newer Wi-Fi 6 standard.

Battery life is probably where the MateBook’s older AMD processor falls behind its Intel rivals. In my usual video-loop battery test (maximum screen brightness), the MateBook lasted around 6.5hr. Decent, but not as good as the latest Intel laptops that easily manage 7 to 8 hours. Overall, the Huawei MateBook 14 is a handsome mainstream laptop that offers good performance at a compelling price. You can check it out online at Shopee and Lazada.

Solid and classy-looking mainstream notebook.
Buy it at Lazada
Available at Shopee