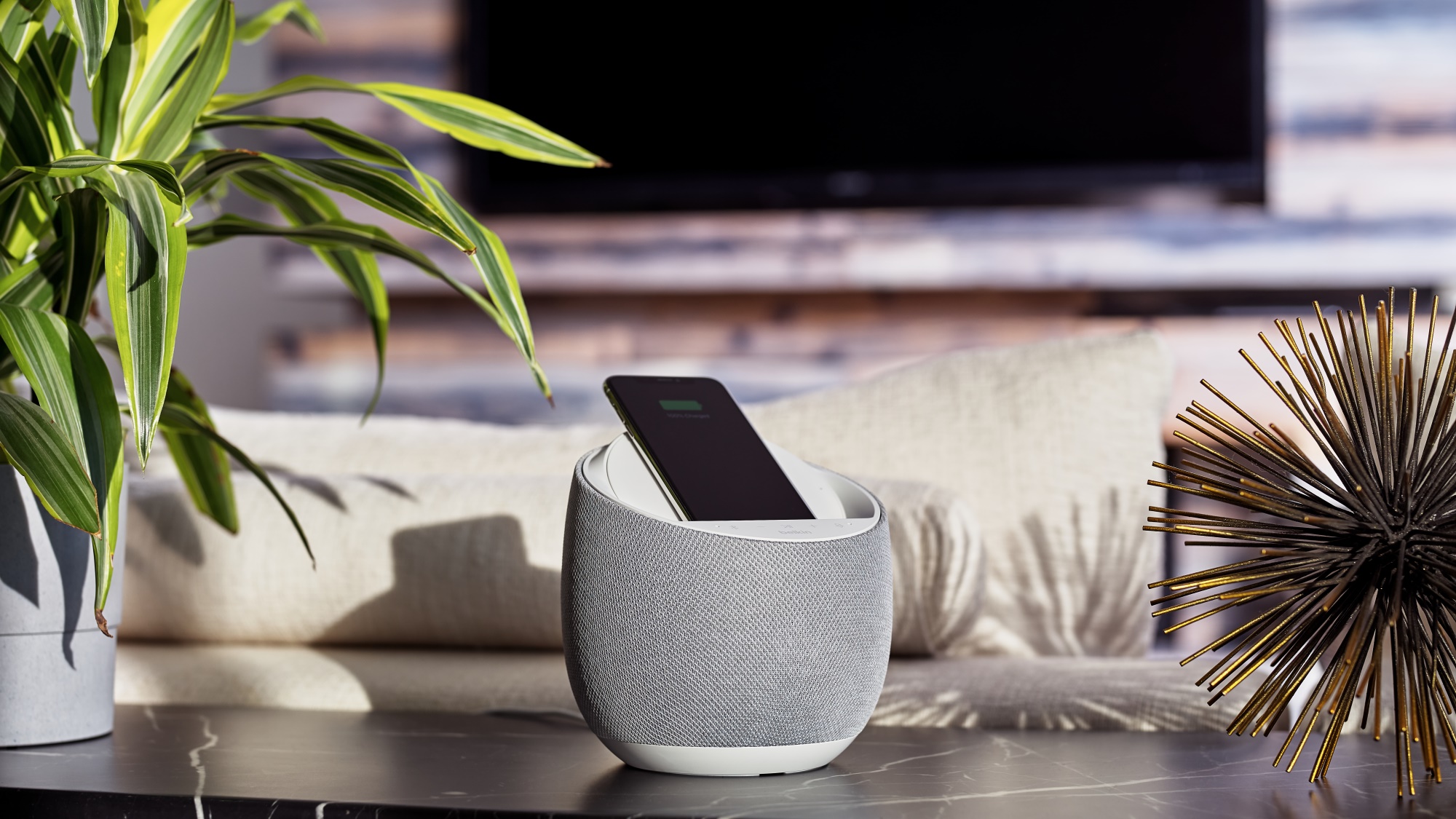 But perhaps there are technical challenges to adding a wireless charging pad. Apparently, the Soundform Elite — designed in collaboration with audio brand Devialet — comes with two 70mm woofers configured such that they cancel any resulting vibrations that could potentially dislodge the phone from the wireless charging sweet spot.

Because of the dual woofers, the Soundform Elite is rather bass heavy. This is not a bad thing for fans of EDM, but those who prefer other genres will find the mids sounding distant and flat. The trebles also sound strained at higher volumes. And boy is this speaker loud at its maximum volume. But despite the bass focus, you don’t actually feel the rumble of the low notes like with a proper subwoofer. Which is probably expected since the Soundform Elite is ultimately constrained by its compact size.

The model sold in Singapore comes only with the Google Assistant (no Amazon Alexa or AirPlay 2). You set up the Soundform Elite using the Google Home app — Belkin does not have its own mobile app. Once you have set it up, you can issue voice commands to the Soundform Elite. You can also link it with other Google smart speakers in the home to play music together. I like that the two far-flung microphones picked up my voice from across the bedroom, even when the music is fairly loud. Pro-tip: The equaliser in the Home app lets you tweak the bass and treble levels, which helps with the unruly bass.

Its wireless charging feature works as expected. It uses the popular Qi wireless standard and provides 10W of power. It is not the fastest, but it is at least on par with the competition. At S$499, it is more expensive than Google’s Nest smart speakers. But you do get a convenient wireless charger with it. And the overly strong bass, well, that could be your cup of tea — no judging.