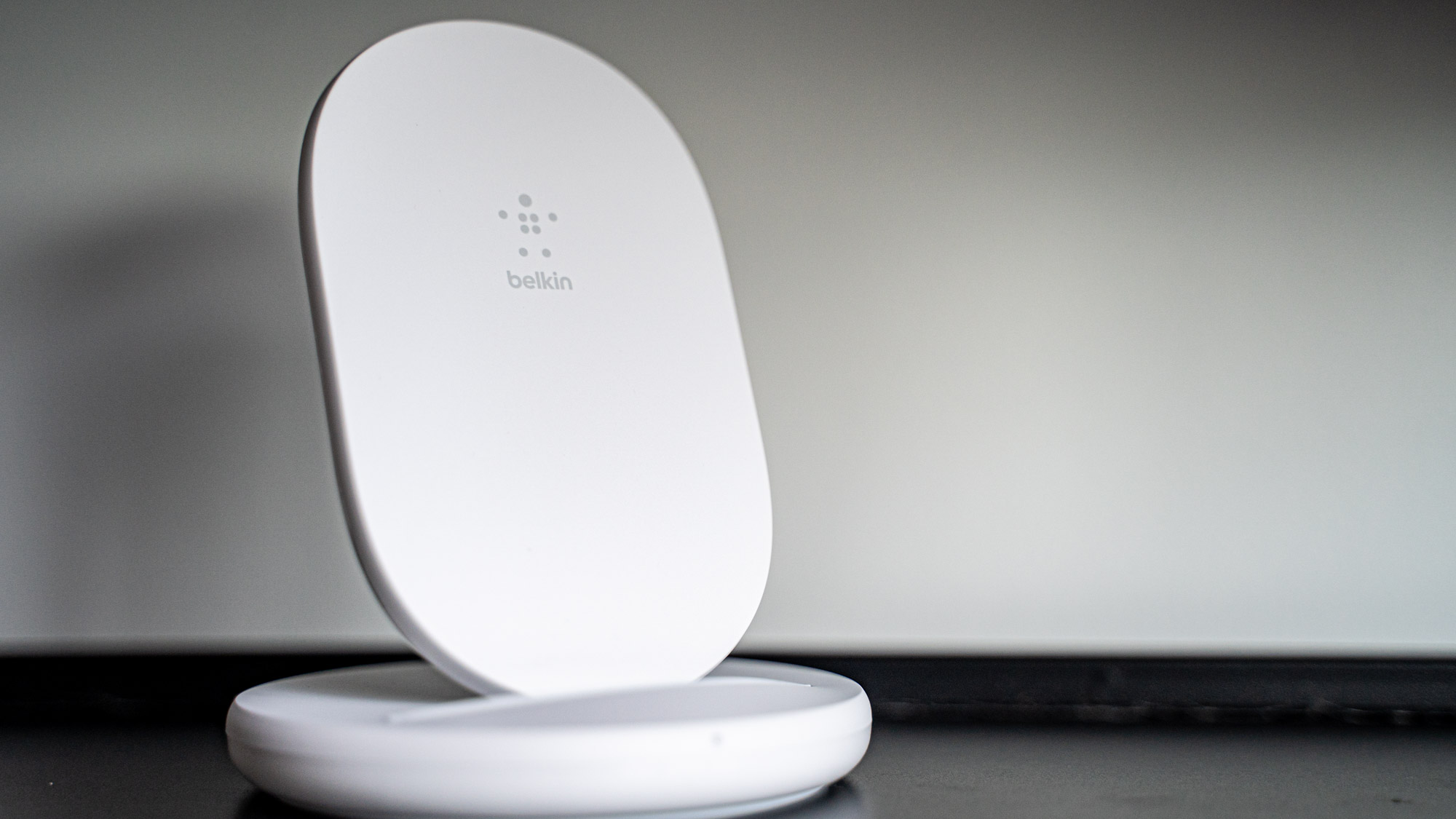 If it’s a simple and straightforward wireless charger is what you’re looking for, then all signs point to the Belkin 15W Wireless Charging Stand. As the name suggests, it does what it says, delivering up to 15W of wireless charging power to your iPhone. The charger’s plastic build feels premium, similar to the Belkin 3-in-1 charger we reviewed previously. Belkin has also bundled a 24W Quick Charge 3.0 wall charger.

To use, simple place your iPhone or wireless charging enabled phone on the stand, and boom, magic happens. I measured the power draw with my USB power meter and found that from up to 30% on the iPhone 12, the bundled 24W wall charger would send around 12W. After 30% of battery though, it drops down to around 9W to 10W. That’s still pretty good and should charge your phone to 50% in around 30 minutes.

While the wireless charging stand uses a USB-C port, the bundled 24W wall charger has an older USB port, and you have to use the bundled USB-A to USB-C cable. You can use an Apple 20W USB-C charger with Power Delivery, but it doesn’t seem to go past 7.5W. I also tried charging it with a 61W MacBook charger, but was unable to get it to charge on the iPhone. However, I could get it to do basic 5W charging on the Oppo Find X3 Pro. You’re best off using the default charger. You can also charge the phone sideways. That’s actually handy if you want to watch a video or play games while it charges.

The only thing I don’t quite like about the Belkin Stand though, is that it’s pretty much fixed in place. You can’t fold it away for storage, so it’s not for upcoming trips when pandemic restrictions lift. But other than that, I think it’s perfect to put next to your bed or at a work table if you don’t already have a wireless charger.

The Belkin BoostCharge 15W Wireless Charging Stand retails for around S$60 on Amazon, and a lot more expensive at S$92 on Lazada. I was unable to find it on Shopee. Bear in mind you’re also getting a 24W fast charger, which you can also plug directly to your phone, too.

You may want to stick to the default charger for best results.
Shop it at Amazon
Get it at Lazada