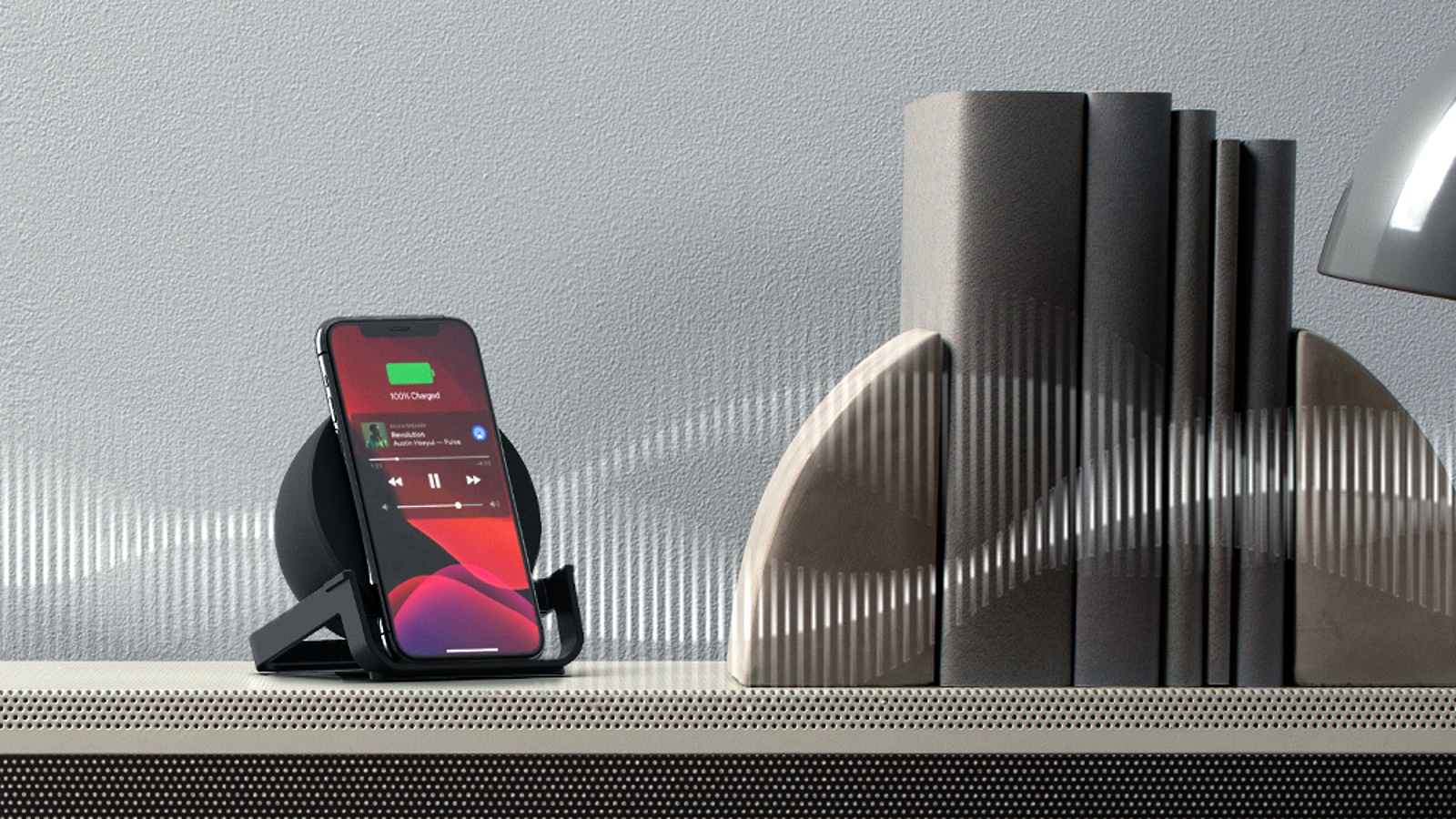 If Belkin’s latest smart speaker is too rich for you, consider the Belkin Boost Charge Wireless Charging Stand + Speaker. Sure, it lacks the former’s Google Assistant, but it is still a decent bedside companion that charges your smartphone, and lulls you to sleep with your favourite tunes.

The design is similar to Belkin’s existing wireless charging stands, but with a speaker grafted at the back. Pairing this Bluetooth device to your smartphone is straightforward. Simply press the huge pairing button at the back — there’s an audio cue. Scan for “Belkin Speaker” in your phone’s Bluetooth setting to finish the process.

Don’t expect too much from this 3W speaker and its a 40mm driver. While the trebles and mids are decent enough, there isn’t much bass to speak of. I also had to adjust the volume to almost its maximum level to get it to fill my bedroom. To its credit, the audio did not crack or distort when pushed to its loudest. But the trebles did come close to losing it. For instance, the trumpets in Vienna Philharmonic’s rendition of the main theme of Jurassic Park sounded rather shrill. Overall, I think the speaker is better for non-music content like news or podcasts. Besides the bedroom, the kitchen is also a good location. Not only can you can browse cooking recipes or music videos on YouTube, the charging stand lets you place your phone in either landscape or portrait orientation.

In terms of wireless charging speed, the Belkin’s Qi-compatible wireless charger supports up to 10W. But the actual charging output depends on your device. For Apple phones, it is up to 7.5W. Samsung phones are capped at 9W, while Google’s Pixel devices gets up to 10W. However, standard Qi-compatible devices charges only at 5W. Belkin says it will even replenish the charging case of the Apple AirPods, as long as you align the charging coils properly. But I could not test this out as I do not have the AirPods.

At S$129, this Belkin Wireless Charging Stand + Speaker is around S$50 more than other similar wireless charging stands from Belkin (without the speaker). I think the extra cost is worth it for some users, especially if their smartphones’ audio are lacking. You can find the Belkin on e-commerce platforms such as Lazada and Shopee.