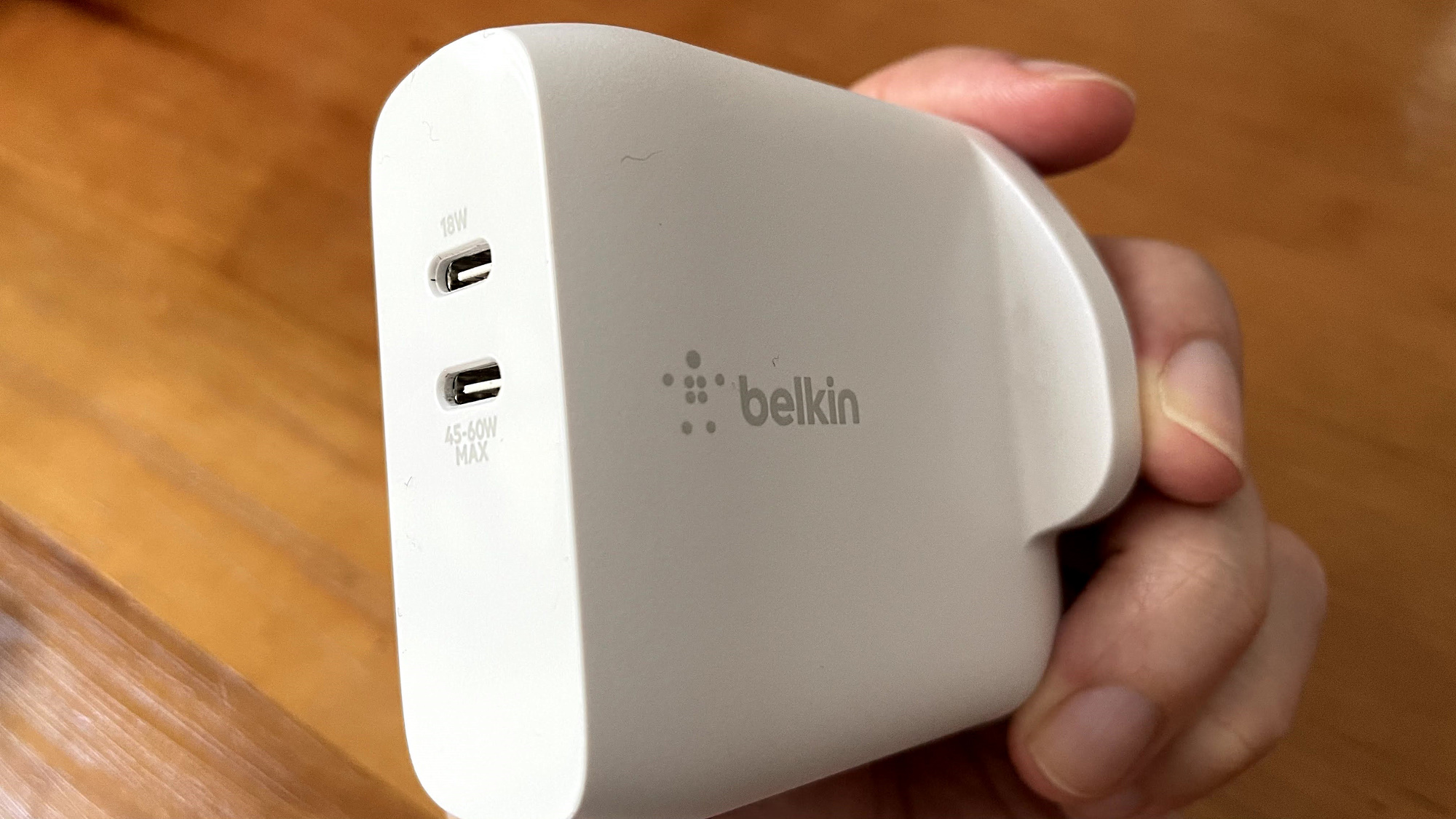 I know what I’m bringing on my next staycation — the Belkin Boost Charge GaN Wall Charger. With its two USB-C (Power Delivery) ports, I can top up my smartphone and laptop at the same time. Made for the local market, the charger comes with a 3-pin UK plug, so you’ll still need a travel adaptor for overseas trips.

The top USB-C port delivers up to 18W of power for smartphones and tablets. Meanwhile, the bottom port is more for laptops as its output varies from 45W to 60W. If both USB-C ports are in use, up to 45W will be supplied. This increases to 60W when the bottom port is used alone. Belkin says the charger (at 60W) will replenish a 15-inch Apple MacBook Pro from 0 to 50% charge in an hour while the 18W USB-C port will charge an iPhone 8 (or later) from 0 to 50% charge in 30 minutes.

Like the newer chargers in the market, the Belkin’s relatively compact form factor is due to the use of gallium nitride (GaN) instead of silicon. The former is more efficient, which leads to lower waste heat. The Belkin definitely felt cooler to the touch while charging my phone compared to older power adaptors. It also means manufacturers are able to shrink the size of the charger. In fact, the Belkin is about the same size as my bundled smartphone charger — despite having one more port. Not to mention, it also means I don’t have to bring my much larger laptop charger. Minor nitpick: the charger does not come with any USB-C cables.

At around S$95 on Shopee and Lazada, the Belkin Boost Charge GaN Wall Charger is slightly more expensive than its competitors. Part of the reason could be Belkin’s two-year warranty. In addition, the charger comes with a $2,500 connected equipment warranty if your device is damaged while using it. But it’s worth the price if your notebook can be charged via USB-C. Or if you have several of the latest Apple devices.

Handy portable charger, especially for those with a USB-C notebook.
Buy it at Shopee
Available at Lazada