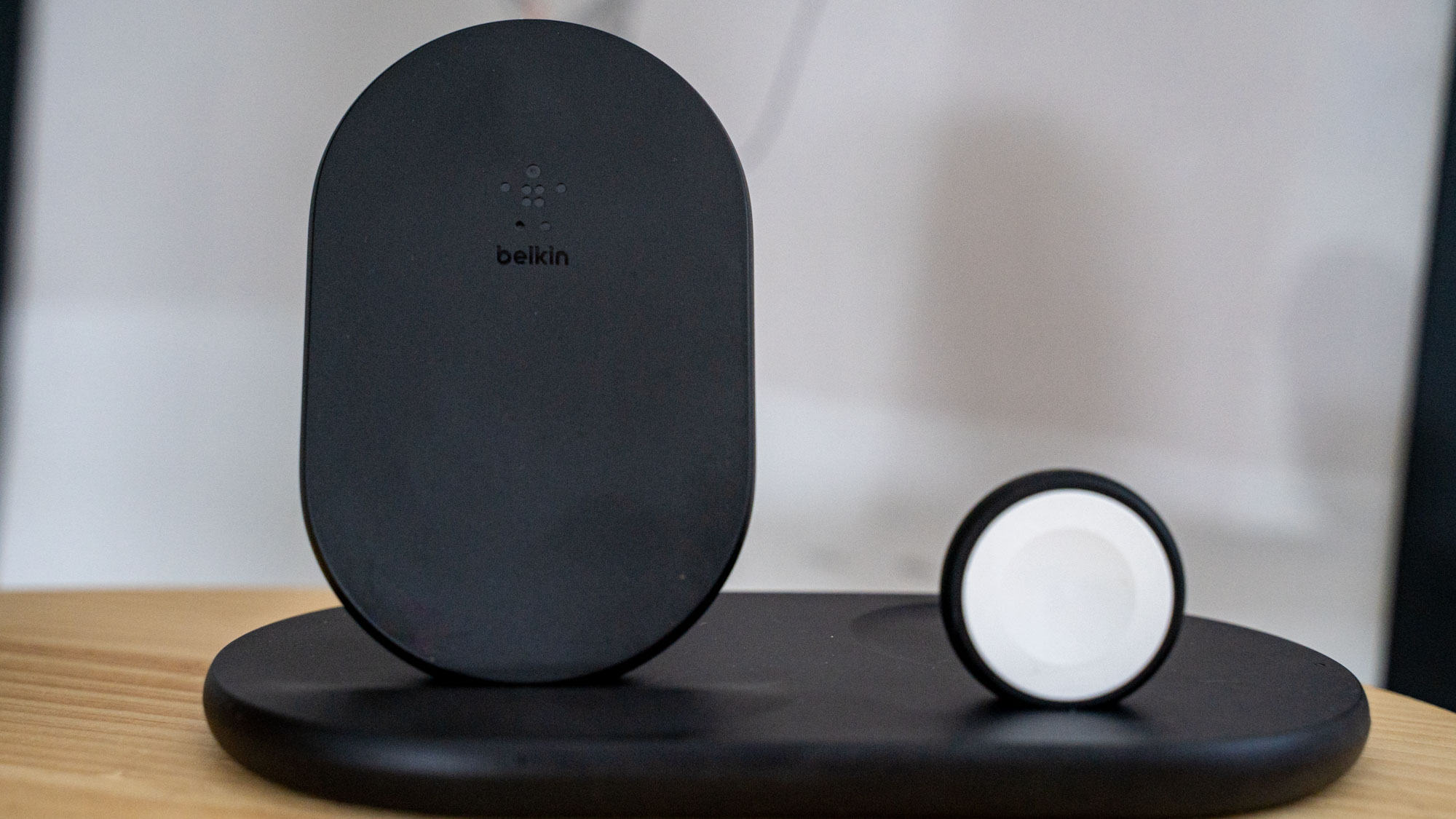 Users deep within Apple’s ecosystem will love the Belkin Boost Charge 3-in-1 Wireless Charger. While it’s not the fastest wireless charger in the market, it combines all your charging points for your iPhone, Apple Watch, and Apple AirPods into one convenient location. Oh, it has a pretty clean design, too.

The Belkin charger comes in one complete piece. There are no parts you have to attach. Instead of a USB-C port, it uses a specialized power point. I wouldn’t recommend bringing this along for traveling, since you will need to bring the charger along. Plus, it’s pretty hard to pack, as the phone and watch rests don’t exactly stow away.

As mentioned, you can charge your iPhone, wireless charging AirPods case and Apple Watch on the stand at the same time. If you don’t have an wireless charging AirPods case, you can also use the slot to charge another phone at the same time. That’s a bit of a squeeze though. The matte material also helps keeps your phone from slipping off, and the the Watch charger snaps your Watch into place magnetically as well.

Power wise, the charger will power your iPhone at 7.5W, your AirPod case and Apple Watch at 5W at most. Standby power draw was around 0.5W or less. Mind you, it’s not exactly Apple’s 15W fast charging for your iPhone, but it works fine. You’re leaving it to charge overnight anyway. An LED light lights up when charging begins. It also worked fine with the official Apple Clear Case or cases such as the Baseus Wing Case for iPhone.

Retailing from S$162 to S$189, the Belkin Boost Charge 3-in-1 Wireless Charger costs quite a fair bit. While it is expensive, it works pretty well with no issues, and the build quality is definitely there. It also frees up your power ports and your limited bedside table space. You can get it on Amazon (cheaper) or Lazada.

It's a little expensive, but it works great.
Available at Amazon
Get from Lazada
Like us? Buy us a coffee!