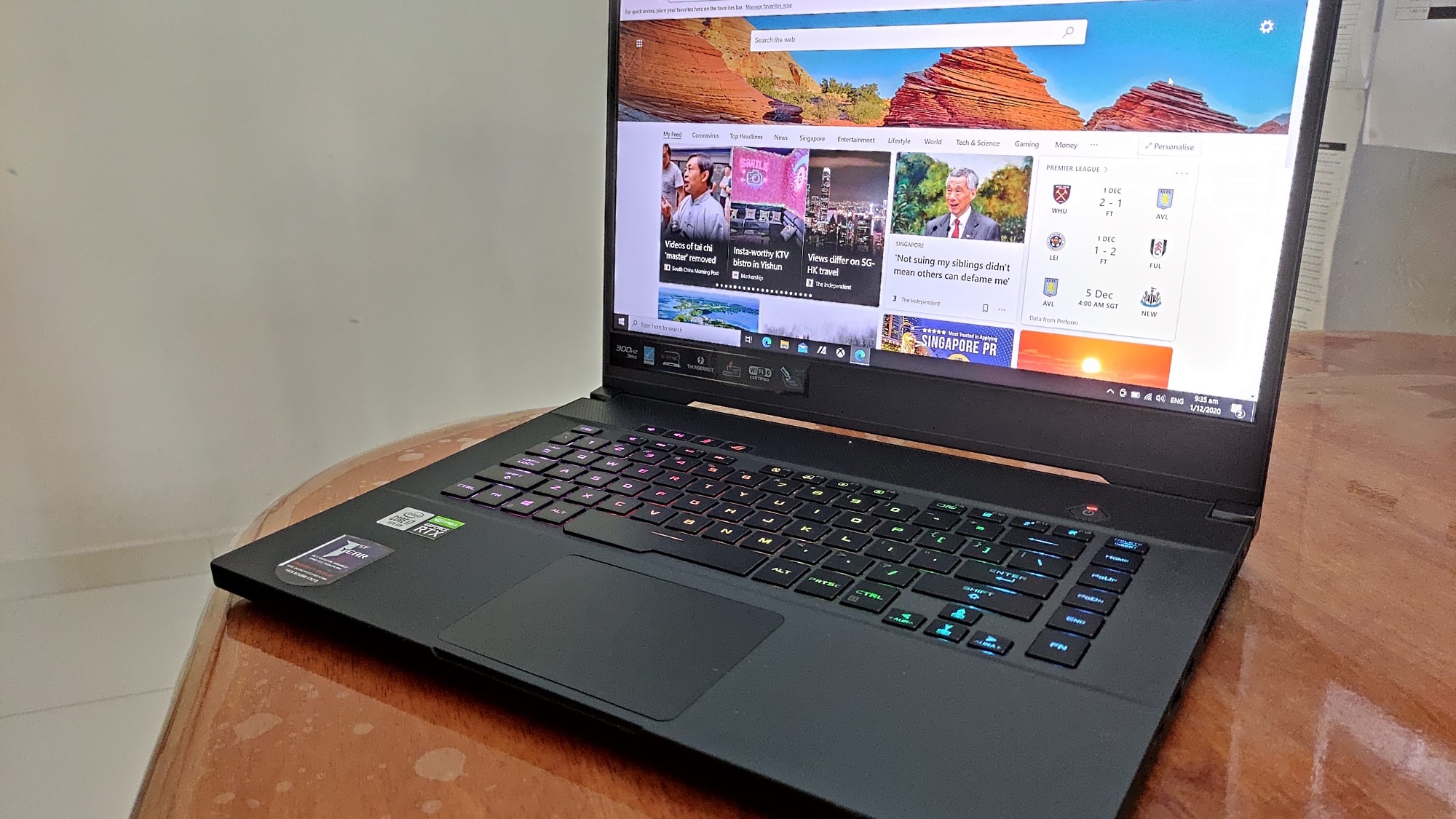 With Cyberpunk 2077 finally due to drop next week (Dec 10) and with 12.12 sales on the horizon, this is a good time to shop for a gaming notebook. My pick for next-gen gaming is the Asus ROG Zephyrus S15, a slim and powerful laptop that can run the latest games without breaking a sweat.

Coming in at just under 2kg, the 15-inch Zephyrus is very handy for a gaming notebook. It looks handsome in all-black with a mirrored ROG logo on its brushed metal lid. Its design is more subdued and less garish (and less LEDs) than many of its peers. A more Razer-like aesthetic, if you will. Especially with the soft-touch black finish for the palm rest. The keyboard LEDs, though, offers the full RGB spectrum.

The Zephyrus’ top feature is arguably its display. It is a vibrant matte display with a whopping 300Hz refresh rate. Sure, 300Hz is probably overkill for most, but you can expect a buttery smooth gaming experience. Interestingly, the laptop switches to 60Hz when on battery and reverts to 300Hz when plugged in. For those hoping to use this laptop for video calls, the Zephyrus lacks a built-in webcam. Instead, an external webcam is bundled, along with a gaming mouse, headset and backpack.

Powered by Nvidia’s class-leading RTX 2080 Super graphics chip, the Zephyrus easily breezed through the latest games. It clocked an average of 55 frames per second in the Metro Exodus benchmark at the most intensive graphics setting (with ray-tracing enabled). To ensure its warm innards get the best cooling, the Zephyrus has a unique ventilation system whereby a rear vent opens when the lid is opened. The fan noise does kick up a significant notch when the Zephyrus is running in Turbo mode. But the Asus Armoury Crate app helpfully estimates the noise level for the performance modes. For instance, Turbo mode is rated at around 45 decibels compared to 23 decibels for Silent mode.

At around S$4,498, the Zephyrus is not cheap. But it boasts top-notch specs and comes in a sleek and portable chassis. Battery life (when not gaming) is also pretty decent at 2hr 22min in a video playback test. If you can afford to splurge, you won’t regret getting the Zephyrus.