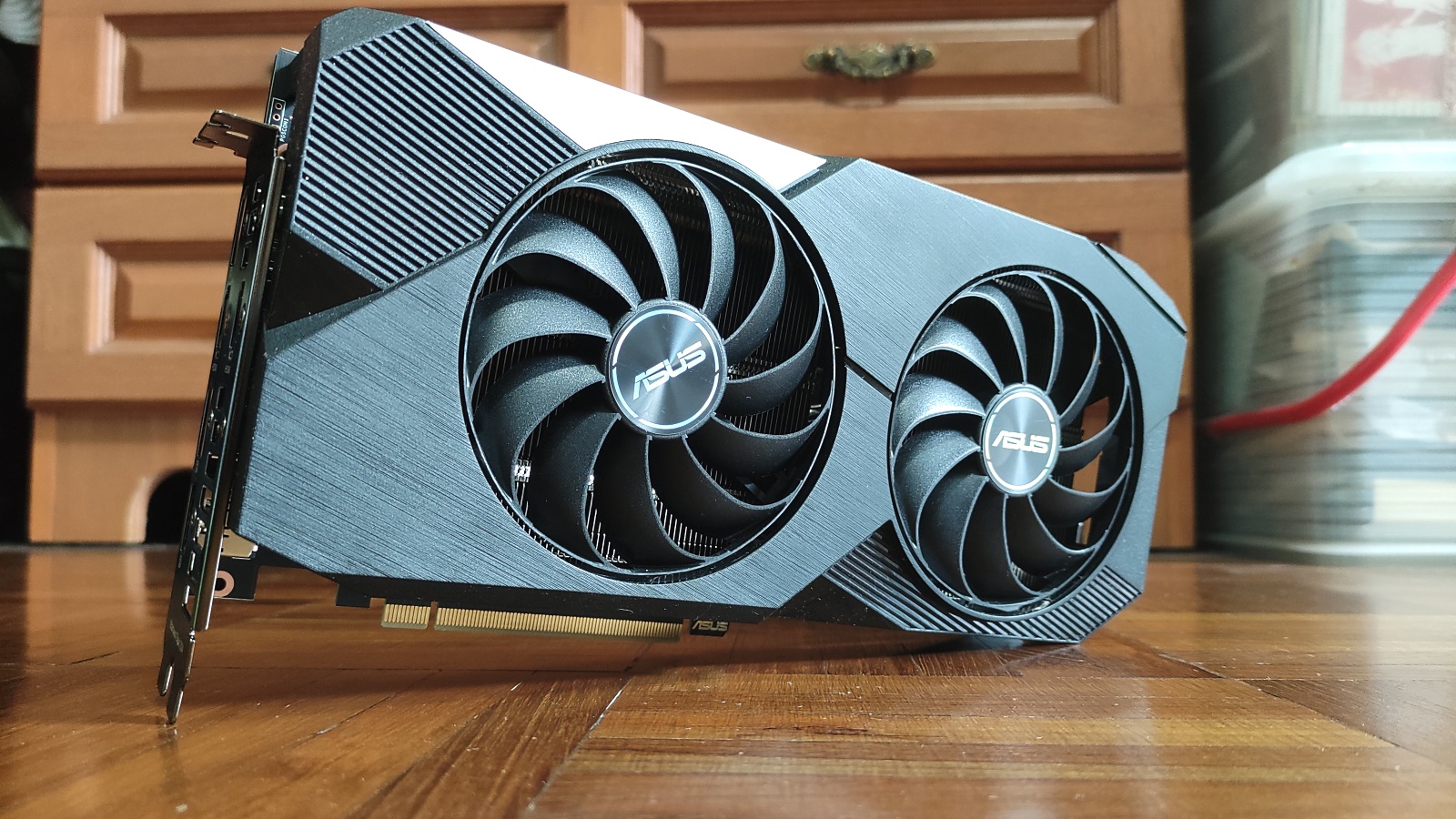 Nvidia’s latest GeForce RTX 3060 Ti is the most affordable of its RTX 30 Series graphics cards so far. Launched earlier this month, the Asus Dual GeForce RTX 3060 Ti offers slightly higher clock speeds than the standard model. But more importantly, it hits the sweet spot when it comes to gaming at 1440p resolution.

Nvidia says the RTX 3060 Ti is faster than last-generation’s flagship RTX 2080 Super. It is positioned below the RTX 3070 — the 3060 Ti has fewer processing cores and lower clock speeds. But you’ll still get 8GB of video memory and a 256-bit memory interface. The Asus Dual (DUAL-RTX3060TI-O8G) itself feels sturdy with barely any flex. It has a similar dual axial fan design as Nvidia’s reference card. Asus has launched five 3060 Ti variants, including several triple-fan models.

While Nvidia’s reference 3060 Ti card uses a new 12-pin power connector (adaptor required), the Asus uses the standard 8-pin version. The 3060 Ti is also not as power hungry as its higher-end brethren. Nvidia says 600W is good enough (200W draw), though Asus recommends a 750W power supply. The Asus card also has a dual-mode BIOS switch. So you can choose between the Performance BIOS mode (affects fan speed) for best performance and a Quiet mode. In fact, the fans are actually idle when the 3060 Ti is not in active use, such as when browsing the Web or editing documents. Temperatures hover at around 50 degrees Celsius when idling. They peak at 68 degrees in games with the fans spinning at just under 2,000rpm.

If you want to game at 4K resolution, the 3060 Ti is not good enough. It produces around 30 to 40 frames per second (fps) at 4K in the latest games like Cyberpunk 2077 and Watch Dogs Legion. But the 3060 Ti hits its stride at 1440p resolution. It ran at a solid 60fps with ray tracing (medium) in Watch Dogs Legion, dipping to 30fps only during intense gunfights. Similarly at 1440p, you should get around 50 to 60fps while roaming Night City in Cyberpunk 2077 at the preset ray tracing (medium) option. In short, 1440p is the sweet spot for this graphics card.

At S$709, the Asus Dual GeForce RTX 3060 Ti offers great performance at 1440p and lower. In a pinch, it will run 4K games decently, albeit under 60fps and with ray tracing off. However, given the supply crunch for the Nvidia RTX 30 Series cards, getting a card is like beating the final boss.