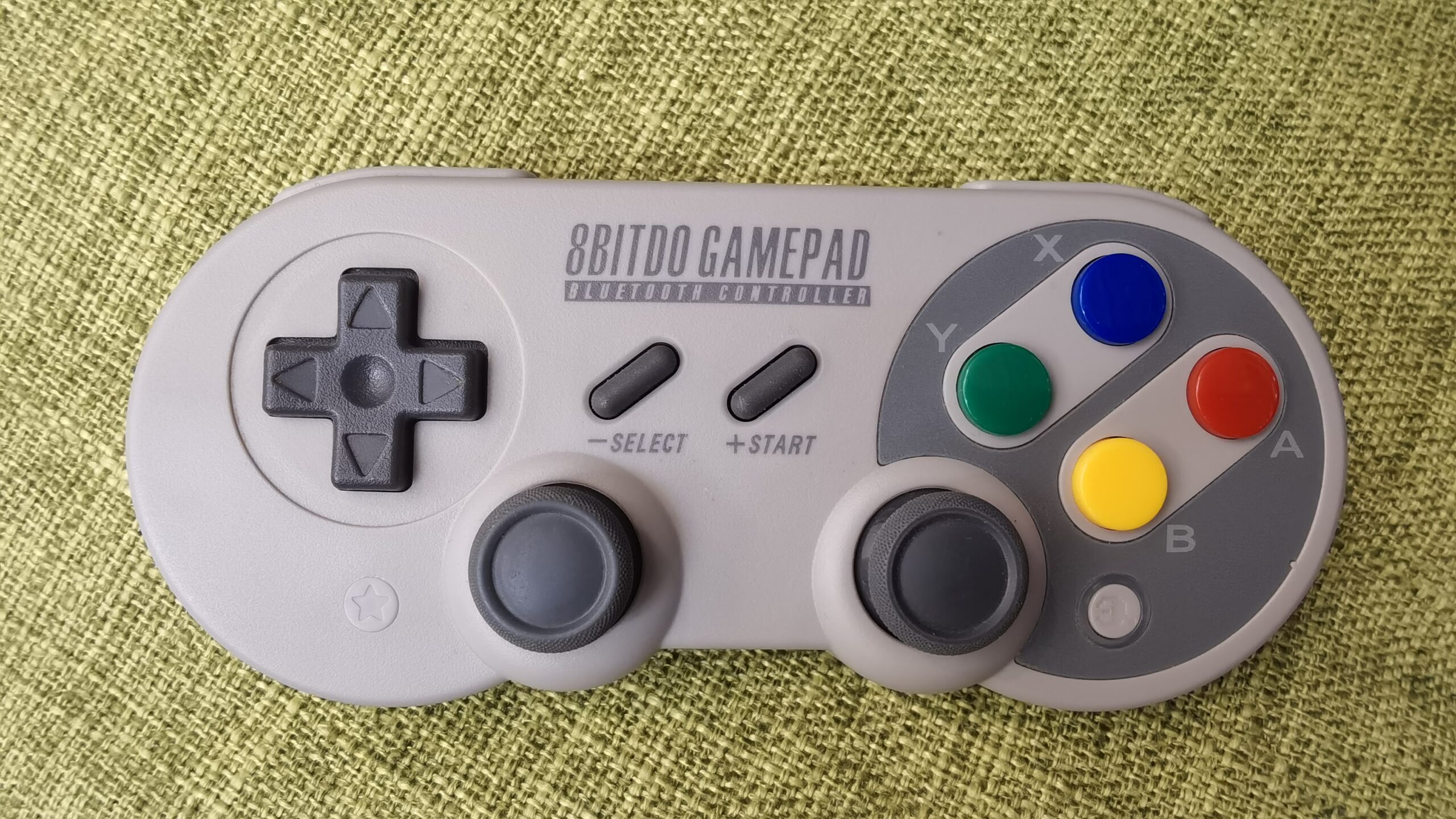 If you need an extra controller for your Switch, PC, or Android device, the 8BitDo SN30 Pro is a reliable option for about S$45. Its biggest draw is probably the retro design — the SN30 Pro does a good job of paying homage to the SNES (or Super Famicom) controller, but is clearly made for modern games with analog sticks and a full set of shoulder buttons.

While the design inspiration is clearly Nintendo, the button placement on the SN30 Pro takes its cue from modern Sony PlayStation controllers. Its analog sticks are symmetrically placed, unlike the offset ones found on Nintendo Switch Joy-Cons and Xbox controllers. Some people feel very passionately for or against symmetrical analog sticks (PS/Xbox fanboys sometimes take things too seriously). But in my own use, I have no problem switching regularly between the SN30 Pro and a Nintendo Switch Pro Controller, and most users won’t either.

The SN30 Pro is very light — just 114g. It doesn’t feel as premium as a first-party controller from the major console makers. Button presses also aren’t as satisfying, having a slight wiggle when you lift off your finger. However, I’ve had no issues with quality in over two years of use. Retro gamers will like the cross-shaped D-pad — perfect for those older platformers.

Turning on the SN30 Pro while holding one of the four ABXY buttons determines which mode (DInput, XInput, Switch or MacOS) it enters. Subsequently, pairing it with a Nintendo Switch via Bluetooth or using it with Steam on PC is straightforward. I’ve not encountered unwanted disconnects during gaming. The SN30 Pro can be used as a wired controller through its USB Type-C port, which also charges it. Battery life is rated at around 18 hours, and I’ve found it to last over many gaming sessions between charges. 8BitDo is pretty good when it comes to firmware updates. These updates have improved the controller, such as reducing the latency.

At around S$45, the SN30 Pro is a great, inexpensive second controller for Nintendo Switch gamers. Its compatibility with Windows and Android are also big pluses. For $10 more, the 8BitDo SN30 Pro+ adds a larger battery and grips for a more comfortable hold. Alternatively, consider the Surge Switchpad Pro Wireless if you’re not into the retro vibe.