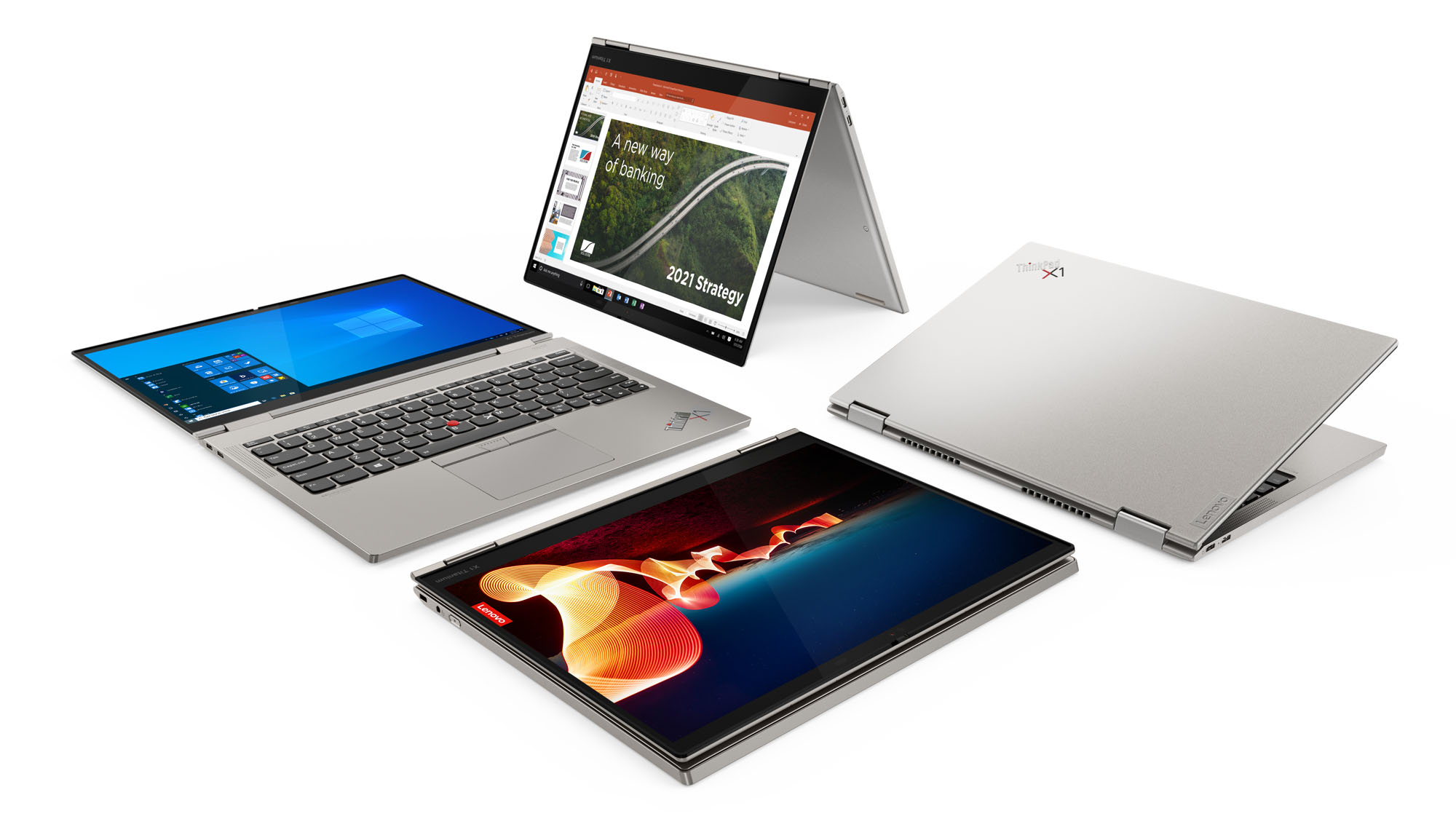 Wrapping up the rest of the Lenovo CES 2021 announcements are its new ThinkPad and Legion laptops. Of note are the ThinkPad X1 Titanium Yoga and the ThinkPad X12 Detachable, both extremely cool laptops. Additionally, if you have yet to see Lenovo’s earlier announcements, be sure to head over here.

The Lenovo ThinkPad X1 Titanium Yoga is clad in titanium, and is just 11mm thick. Its 13.5-inch display sports Dolby Vision, and the thin laptop also has Dolby Atmos sound for awesome Netflix watching. Next up, as the ThinkPad X12 Detachable’s name suggests, it has a 12.3-inch display that detaches as a tablet. Moreover, the screen supports a digitizer pen, much like the ThinkVision M14t we reviewed previously.

Other new ThinkPad laptops are the new refreshed ThinkPad X1 Carbon Gen 9, both of which are first to feature Dolby Voice. Dolby Voice helps improve voice quality during con-calls. Of course, they also come with other Dolby features such as Vision and Atmos.

For gamers, Lenovo’s has four new Legion laptops. Powered by AMD processors (Ryzen 5000 H-series) are the new Legion 7, Slim 7, 5 and 5 Pro. The Legion 7 and 5 Pro feature 16-inch QHD displays. The Slim 7 packs a 15-inch display, while you can choose between 15-inch or 17-inch screens for the Legion 5. The laptops will come with Nvidia’s GeForce RTX 3000 series discrete graphics.